This post covers a brief history of the Universe from the Big Bang until the the present day. This, as I am sure you’ll agree, is a pretty big topic so I’ll only give a outline of some of the key events and when we believed they happened. This post in my series about cosmology, which is the study of the origin and evolution of the Universe as a whole. To view the others click on https://explainingscience.org/tag/cosmology/

Before I start talking about the history of the Universe I first need to give a brief overview of atoms, which are the building blocks of all matter which we see in our everyday lives

An atom consists of a nucleus, which has a positive electric charge, surrounded by negatively charged electrons. Atoms are very small, typically around 0.0001 microns in diameter (a micron is a millionth of a metre). However the nucleus, which contains nearly all the mass of the atom, is much, much smaller, typically around 0.000 000 001 microns in diameter.  This means that the nucleus is one hundredth thousandth of the diameter  of the whole atom.

The nucleus consists of a number of positively charged protons and neutrons which have no charge. Because the electrons have a negative charge, and the number of protons and electrons in an atom is always the same, the atom has a net charge of zero.

The simplest possible atomic nucleus is that of hydrogen, which consists of a single proton.  Atoms which have 2 protons (regardless of the number of neutrons) are helium atoms, 3 protons are lithium atoms and so on.  The element with the highest atomic number, which naturally occurs on Earth, is uranium, which has 92 protons. 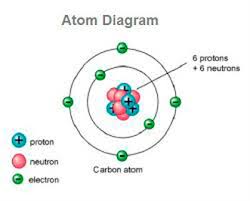 A atom of the most common isotope of carbon has 6 protons and 6 neutrons in the nucleus surrounded by 6 electrons.

The first second after the Big Bang

There is no generally agreed account of what happened at the exact instant of the Big Bang. If we work backward in time, using our existing physical theories, then at the exact instant of creation the Universe would have had an infinite density and an infinite temperature. What this really means is that we don’t have a physical theory which explains what happened at this time.

What is generally accepted in that in the first microscopic fraction of a second, after the Universe first came into existence,  it underwent an incredibly rapid expansion and has been expanding and cooling ever since (see notes 1 below).  For the first part of the first second, the conditions in the Universe were so hot and dense that it consisted only of some special particles.  These cannot be detected under normal conditions, but you may have heard about the recently discovered Higgs Boson, which can be very briefly seen in the extreme conditions created in particle accelerators, like the Large Hadron Collider in Switzerland.  The Higgs Boson is just one example of the particles which would have been present during the first minute fraction of a second.

When it was one second old the Universe was expanding and cooling rapidly. However it was still at a temperature of around 1 trillion degrees Centigrade.  At this point the ordinary matter in the Universe consisted of a sea of protons, neutrons and electrons. None of these particles were bound together into atoms, because atoms cannot exist at such high temperatures (see notes 2 below).

At around 10 seconds after the Big Bang the Universe had cooled to 1 billion degrees. This is cool enough for atomic nuclei to exist. In fact, the whole Universe acted as a giant nuclear reactor. Hydrogen nuclei were  turned in helium nuclei in a three stage process. There are two main routes in the reaction, but the end result is the same. Two protons (hydrogen nuclei)  and two neutrons are fused into a helium nucleus  releasing a vast amount of energy

Even though the reactions generated a huge amount of energy, the cooling produced by the expansion of the Universe was so rapid that when the Universe was around 1000 seconds old it had cooled to around 10 million  degrees and was no longer hot enough and dense enough for any further nuclear reactions to take place. At this time the matter in the Universe consisted of 73% hydrogen and 27% helium with trace amounts of deuterium, lithium and beryllium. None of the heavier elements existed. There were all created later by nuclear reactions inside stars.

The early Universe was so hot that the matter was in a special state which we call a plasma. In a plasma in the electrons are not bound to the atomic nucleus to form atoms but can move around freely. Light cannot pass through the plasma, which would have been like a hot dense glowing fog. 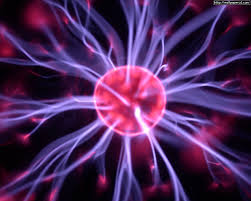 However, as the Universe continued to expand and cool it reached a temperature where helium atoms could exist. Later, when it was roughly 400, 000 years old, and at a temperature of around 3,000 degrees, ordinary hydrogen atoms could exist and the Universe became transparent to light. The faint radiation which we can observe today called the cosmic microwave background was created at this time.

As the Universe continued to expand and cool, matter began to clump together. When it was about 100-150 million years old, about 1% of its current age, large clumps of matter existed which were around 100 to 300 times the mass of of Sun. These clumps of matter contracted, getting hotter and hotter as they did so. Eventually they were so hot that nuclear reactions could start, and thus the first stars were born. These early stars, which astronomers call population III stars, were super massive compared to the Sun and shone extremely  brightly for about 10 million years. (This is a very short lifetime for a star, as the Sun will last for about 10 billion years.) They ended  their lives in massive explosions called supernovae in which the star was completely destroyed. These supernovae spread the elements made in the star – like carbon, nitrogen, oxygen, silicon, magnesium, iron and uranium – throughout the Universe.

It is still not fully understood how galaxies , which contain hundreds of billions of stars, form. One theory which has gained strength in recent years is sometimes called the  “bottom up” theory.  According to this theory the first galaxies began to form when the Universe was around 1 billion years old  from lumps of matter, including stars and gas clouds which had coalesced.

As our universe continues to evolve, small galaxies are frequently gobbled up by larger ones. The Milky Way contains the remains of several smaller galaxies that it has swallowed during its long lifetime. In fact, the Milky Way is “digesting” at least two small galaxies even now, and may pull in others over the next few billion years.

Our own Milky Way galaxy, shown below, is believed to date from just over 1 billion years from the creation of the Universe. 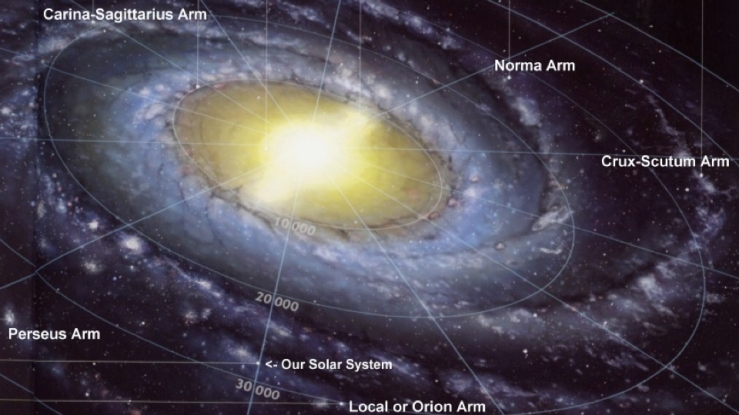 Around the Milky Way is a halo containing old stars, called Population ll stars, which do not have many elements other than hydrogen and helium.  The traces of the  heavier elements will have come from the earlier Population III  stars which exploded, as discussed above. When stars are formed, the materials left over combine to form planets.  Because elements such as iron, oxygen and silicon are only present in tiny quantities in these Population II stars, they cannot be orbited by rocky planets like the Earth, Mars and Venus.   The disk of the galaxy and the central bulge contain younger population I stars, such the Sun. These are much richer in heavier elements and are likely to have planets.

The Ultimate in Recycling ?

Much of the material in the Population I stars and their planets has been re-cycled. It will  have been created in earlier Population II (and Population III) stars which exploded as supernovae, scattering the debris throughout the Universe.  As mentioned above, some of the debris later clumps together to form stars and planets, such as the Earth. 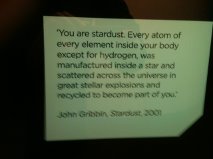 I hope you’ve enjoyed this post. If you want to find out more about Explaining Science, please check out my YouTube Channel https://www.youtube.com/explainingscience

1 This is called inflation and is accepted by most cosmologists. In this theory the part of the Universe we inhabit expanded from a minute fraction of the size of an atomic nucleus to a diameter of about 1 metre in a period of around 0.00000000000000000000000000000001 seconds after the instant of creation.

2. Most cosmologists now believe that 85% of the matter in the Universe is another mysterious form of matter called dark matter. No one knows what dark matter consists of, but is clear is that it not made up of atoms in the same way as ordinary matter. Dark matter cannot form stars and does not clump together to form structures like gas clouds in the same way that ordinary matter does. It is completely invisible to telescopes because it is transparent to light. However its existence is inferred because of its gravitational effects on visible matter. Dark matter is covered in my post https://explainingscience.org/2015/02/18/dark-matter/

27 thoughts on “A Brief History of the Universe.”