The Earth is unique among the inner planets in our Solar System (Mercury, Venus, Earth and Mars) in that it has a strong magnetic field. It is this invisible field which causes the needle of a compass to point North that has been used by navigators for centuries and is used by migrating birds and some land animals to find their way. 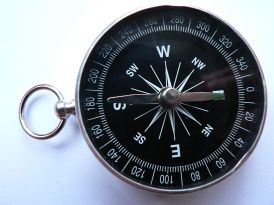 The Earth’s magnetic field behaves as though there were a giant bar magnet inside the Earth. The poles of this invisible magnet, marked as Nm and Sm in the diagram below, lie close to the real or geographical poles marked as N and S. See Note 1.

Portrait of Nikola Tesla on the Serbian 100 Dinar Note

What causes the Earth’s magnetic field ?

The generally accepted theory is known as the dynamo theory. The details of the theory are rather complex.  In summary, it states that the Earth’s magnetic field is generated by movements stirred up by the Earth’s rotation known as “convection currents” in the outer core, which is liquid and, because it is made out of iron, is a good conductor of electricity. By this theory, for any planet to have a magnetic field, part of its interior must consist of a liquid which conducts electricity and it must be rotating rapidly enough to generate convection currents. 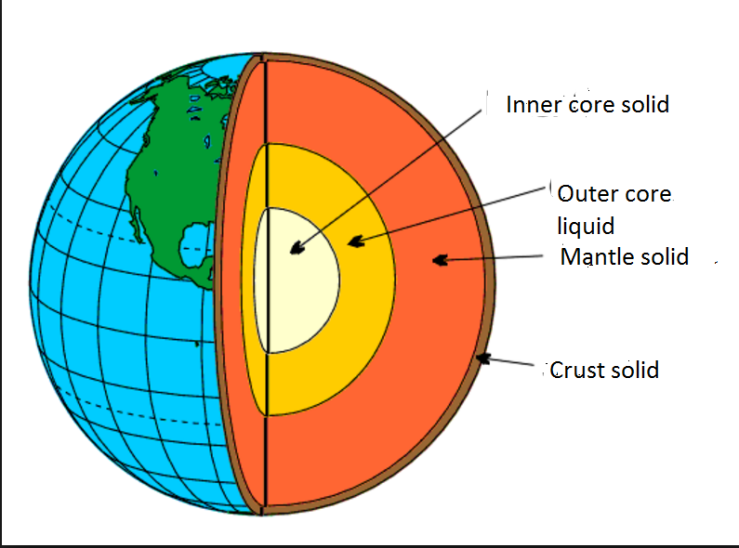 What about the other inner planets?

Effect of the lack of magnetic field on Venus

In a previous post I have discussed terraforming Venus. This is a long term engineering project on an unimaginably vast scale which humanity may decide to undertake in the far future, should there be a compelling reason to do so.   Terraforming would make the planet habitable to the extent that people would not need to wear any special equipment such as space suits. After it had been terraformed Venus would have a similar temperature and atmosphere to that which currently exists on the Earth. However, the lack of a global magnetic field would cause significant obstacles to humans settling on Venus.

The Earth’s magnetic field forms a protective shield called the magnetosphere protecting us from a stream of electrically charged particles from the Sun called the solar wind. This is shown in the diagram below.

Venus, because it has no magnetic field, has no magnetosphere. See note 2. This means that its atmosphere is being slowly blown away into space by the solar wind. However, if humans terraform Venus this atmospheric loss would not be a massive issue. The  amount of atmosphere lost would be very small over the lifetime of a human being. An advanced civilisation capable of terraforming a planet would easily be able to top up the gases blown away into space.

A more serious issue is that the solar wind would prevent an ozone layer being created. On the Earth there is a region of the atmosphere around 30 km above the Earth’s surface where the concentration of ozone gas is at its greatest (NASA 2013). 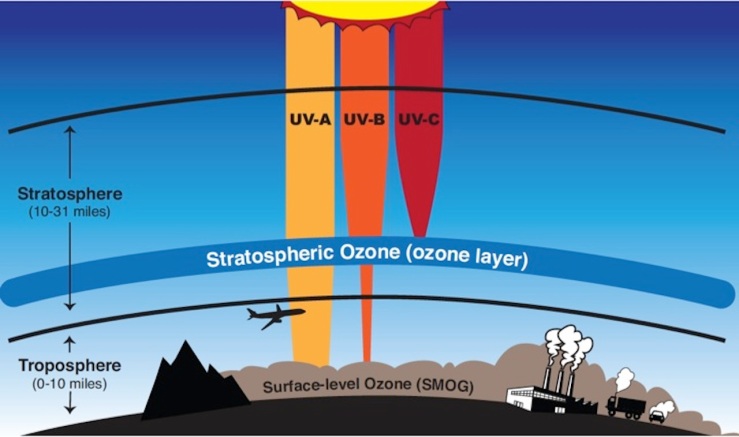 This ozone layer prevents most of the Sun’s harmful ultraviolet rays hitting the Earth’s surface. On a terraformed Venus, without a magnetosphere, the electrically charged particles in the solar wind would beak up any ozone formed in the upper atmosphere. Without a protective ozone layer, the high levels of ultraviolet radiation hitting the planet’s surface would mean that anyone who ventured outdoors would be exposed to high risk of skin cancer.  Lack of a protective ozone layer would also prevent all forms of agriculture, as the UV radiation would break up all organic molecules.

Another risk to health is that many of the particles from the solar wind and other deadly particles from space known as cosmic rays, which are deflected around the Earth by its magnetosphere, would hit the planet’s surface, exposing its inhabitants to a serious risk of ill health, as cosmic rays are known to affect the process of cell division.  People would therefore be at risk of cancer and growth disorders, but information about this is sketchy, because the only people to have ventured outside the magnetosphere were the Apollo astronauts in the late 1960s and the early 1970s. Most of them reported seeing flashes of light even when their eyes were closed, which were due to cosmic rays which had passed through their spacesuit and their bodies being seen as a flash of light when it hit the back of their eyes.  They have since developed cataracts at a much earlier age than would normally be expected.  Had there been a solar storm during their voyages, they would probably have been killed.

The solution to this extremely serious obstacle would be to give Venus an artificial magnetic field and this will be the topic of my next post.

I hope you have enjoyed this post. In the future I will also write about geomagnetic reversals where the Earth’s magnetic field gets gradually weaker and weaker and then switches round so that the North pole becomes the South pole and vice versa and the fact that the magnetic poles aren’t fixed but are gradually moving.

The Science Geek, with a good deal of proofreading and editing from his long-suffering wife, Mrs Geek.

(2) Strictly speaking this isn’t quite true. Venus has no global planet wide magnetic field. However, the interaction between the electrically charged particles in the solar wind and Venus’s atmosphere induces a very weak and variable magnetic field which can be as strong as 0.15 microtesla (Lumann and Russell 1997).

17 thoughts on “The Earth’s magnetic field”