As most of you will already know, and much to our disappointment, the Schiaparelli probe failed to land successfully on Mars last Wednesday. The plan was that when it entered the Martian atmosphere, the spacecraft would immediately begin to slow down to 1700 km/h as a result of the friction caused by the atmosphere hitting its heat-shield.  When it reached this speed, and was 11 km above the Martian surface, a parachute would open for two minutes to slow it down to 240 km/h. The parachute would then be jettisoned to get it out of the way, allowing thrusters to fire like the brakes on an aeroplane.  The spacecraft would then touch down on the planet’s surface at a gentle 10 km/h.

Unfortunately, what appears to have happened is that the parachute only opened for a few seconds and so failed to slow the spacecraft down. The spacecraft will have crashed into the surface at thousands of km/h and will have been destroyed by the impact. It is very disappointing for the European Space Agency(ESA), especially since their only previous attempt to land on Mars (Beagle 2) back in 2003 ended in failure. However It’s not all bad news as Schiaparelli had only a small suite of instruments and was only designed to last for about a week on the Martian surface. The main spacecraft of the mission, the ExoMars Trace Gas Orbitor (TGO), is now successfully in orbit around the planet, and is set to study the way methane is distributed in the Martian atmosphere.

On 14 March 2016 ESA used facilities at  Baikonur in Kazakhstan to launch their long awaited mission to Mars, the not so snappily named ExoMars Trace Gas Orbiter (TGO) and, bolted onto it, a smaller probe called Schiaparelli. Although the much larger TGO will only orbit Mars, next Wednesday, 19 October, Schiaparelli will attempt to land on the surface of of the planet, after its seven month journey.

Assuming all goes well, the spacecraft will land on a flat area called Meridiani Planum, close to the equator. Currently this region on Mars is in its dust storm season. Dust storms occur often on Mars and can be very large, covering an area the size of the US, and may last for many weeks. During a dust storm the dust is so thick that it is not possible to see the Martian surface from Earth or even a spacecraft orbiting the planet. It also blocks much of the sunlight from reaching the planet’s surface. This was an important part of the storyline in “The Martian” where the hero’s car batteries were unable to move due to the lack of solar power, nearly stranding him.

The DREAMS instruments will be able to measure the local wind speed and direction, humidity, pressure, atmospheric temperature, the transparency (or how the amount of light which which gets through the atmosphere varies) and atmospheric electric fields which may be caused by dust.  Unlike nearly all other spacecraft, Schiaparelli will have a non- rechargeable battery. The battery will only last for about a week, after which the spacecraft will run out of power and stop functioning. The decision to go for non chargeable battery was made because Schiaparelli is a relatively simple lander, with a small set of instruments and will have completed its mission within the week in which it will be operational. The main part of the mission, however, is a spacecraft which will orbit Mars for at least 6 years, and this is the TGO.

The aim of the TGO is to study how the distribution of the gas methane varies according to its position on the planet’s surface and over the course of time.

What is the significance of methane on Mars?

Compared to the Earth, Mars has a very thin atmosphere. Its surface pressure is only 0.6% of that of the Earth. The atmosphere mainly consists of carbon dioxide. However, it also contains a small amount of methane (around 0.000001%) (ESA 2004). This is a puzzle to scientists because the ultraviolet light from the Sun should break up any methane within 600 years, and Mars is 4.5 billions old. Therefore there must be some process occurring on Mars which is constantly replenishing the methane.

There are various possibilities for the origin of this methane. One is that it is released by geological processes such as volcanoes or a chemical process occurring within rocks called serpentinisation. This is not as exciting as it sounds (no snakes, I’m afraid) – it is simply a slow chemical reaction between olivine (a mineral found on Mars) carbon dioxide and water which can produce methane.  Another is that there is a large reservoir of methane locked away in the ice below the Martian surface and as the temperature varies some of the ice may melt, thus releasing the methane into the atmosphere.

A fascinating possibility is that the methane is created by microorganisms below the planet’s surface.  On Earth more than 90% of methane in the atmosphere is produced by living organisms (ESA 2014). There are over 50 species of microorganisms known as methanogens that live off organic matter and produce methane as a waste product.  These microorganisms are found not only in wetlands (producing what is known as marsh gas) and in the soil but also in the guts of many animals such as cows and humans.  At the risk of sounding somewhat vulgar, the methane gas escapes from both cattle and ourselves in the form of flatulence. 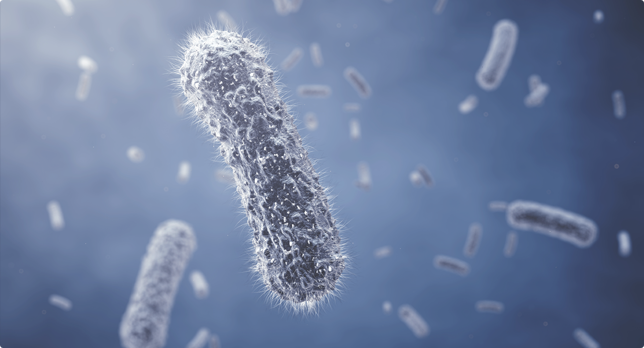 What will the TGO measure?

The TGO will measure how the methane content of Mars’s atmosphere varies with space and time. It will also be able to measure the concentration of other gases such as sulphur dioxide (which on Earth is normally associated with volcanic activity) and organic compounds such as ethane, methanol and formaldehyde (which on Earth are produced by living organisms).  Although the TGO won’t be able to say for definite what the sources of the methane found on Mars are, if the concentration of methane were found to vary with the seasons and also if methane were found in conjunction with other organic chemicals it would point towards a biological origin.

How long with the mission be?

The TGO is a joint mission between the European Space Agency (ESA) and the Russian Space Agency (Roscosmos).  The mission is described in more detail on ESA  (2016).  Now it has arrived at Mars it will spend a year gradually adjusting its orbit and by December 2017 it will be  in a low circular orbit only 400 km above the Martian surface where it will spend the next 5 years mapping the methane distribution.

17 thoughts on “Schiaparelli on Mars -updated”