For  revised post containing more tips on how to view the Perseids see The Perseids 2021.

Meteors (also known as shooting stars) are bright streaks of light caused by small lumps of rock or metal called meteoroids hitting the Earth’s atmosphere at a very high speed (in the case of the Perseids around 200,000 km/h). As they pass through the atmosphere they get heated up by friction to a temperature of thousands of degrees and start to glow. This causes them to emit a streak of light as they move through the atmosphere. Most meteoroids get heated to such a high temperature that they vaporise and disappear from view. In fact, most meteoroids  are vaporised at an altitude of 50 km or higher. 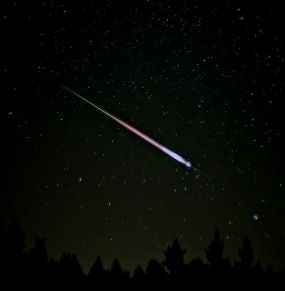 If the meteoroid is large enough, bigger than 1 cm in diameter, some of it can survive the passage through the Earth’s atmosphere and the part that hits the ground is known as a meteorite.

What causes the Perseids?

A comet called Swift-Tuttle orbits the Sun every 133 years. As it orbits, material crumbles away from its surface. Over a long period of time this shedded material has formed a wide oval-shaped ring in the same orbit as the comet. 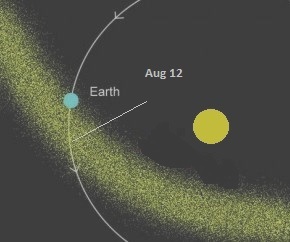 At the same time each year, the Earth passes through this ring of debris. When this happens some of the particles hit the Earth’s atmosphere. This is what causes the Perseids meteor shower. The debris ring is fairly wide and the Earth first crosses it in late July and takes until late August to get the other side. The thickest part of it is encountered around 12-13 August and this is the date on which the Perseid shower is at its most prolific.

When is the best time to observe the Perseids?

The best time of day to observe the Perseids, or in fact any meteor shower, is just before dawn. The diagram below shows the Earth passing through the debris cloud 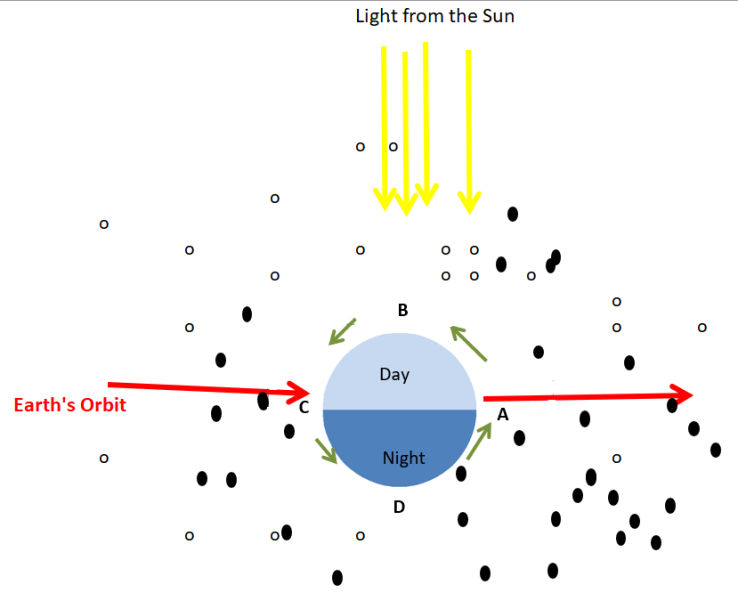 The diagram shows the Earth rotating on its axis.

In the hours after midnight (D to A), an observer is on the side of the Earth facing towards the Earth’s direction of travel, so there are far more meteoroids entering the Earth’s atmosphere. The time of day when the most meteoroids hit the earth is actually at dawn (A), but at that time the brightness of the early morning sky makes them difficult to see. The best time to see meteors is therefore just before it starts getting light in the morning.

If you have the chance to observe a meteor shower over a period of hours or even minutes, you will notice that if you follow the meteor trails backwards, all of them appear to originate from the same place. This is particularly noticeable if you take a long exposure photograph. The point in the sky from where the meteors appear to originate is called the radiant. 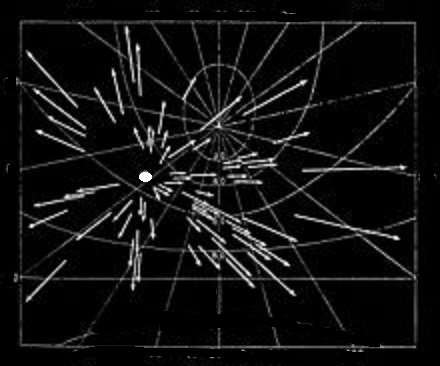 The picture above shows a long exposure photograph of a meteor shower. The radiant is marked with a small circle. The Perseids’ radiant lies in the constellation Perseus, which is directly overhead around dawn at a latitude of 60 degrees North. My readers in the southern hemisphere won’t be able to see them, but you have your own meteor showers invisible to those of us up here!

Seeing the Perseids in 2019

The best place to observe any meteor shown is well away from light pollution  in the early morning just before the sky starts getting light. In Manchester, where I live,  sunrise on 13 August occurs at 5:45 am and the best time to see the Perseids would normally be about three hours before this.  However this year the Moon is almost full on the night of 12/13 August and won’t set until 3:12 am.  When the Moon is above the horizon the sky isn’t as dark. So best time to see them will be a little later.

When astronomers measure the strength of a meteor shower, they use a term called the Zenithal Hourly Rate (ZHR). The ZHR is the maximum number of meteors a naked-eye observer would see per hour if the sky were completely dark, there were no cloud cover and the radiant were directly overhead.  The diagram below shows how the ZHR varied with date for the Perseids in 2016. 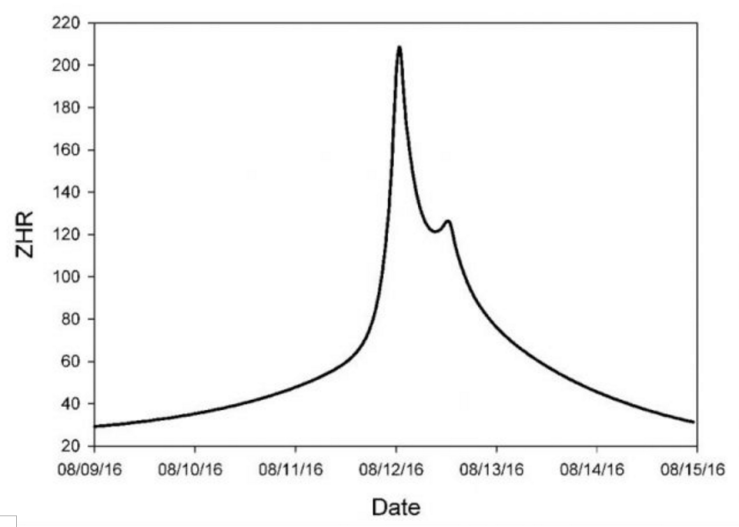 Fingers crossed for clear skies on the night of 12-13 August, but if we are unlucky, or if you are from down under, here’s a table showing some of the other showers, although none are on average as prolific as the Perseids: 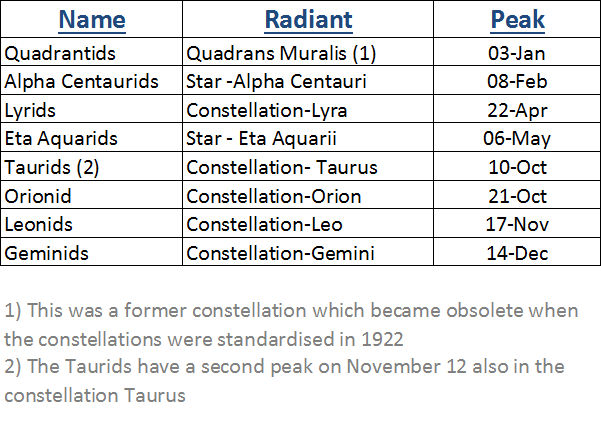