With Christmas coming up I’d  like to give a free gift to all my readers. My e-book ‘Venus and how to Terraform it’ will be available free in the Kindle bookstore for five days from today  (19 December 2019).  To get your FREE copy please click on the link below .

Get free ebook – Venus and how to Terraform it

For those of you who would prefer to have  a printed copy instead, please click below .

Get paperback copy of Venus and How to Terraform it 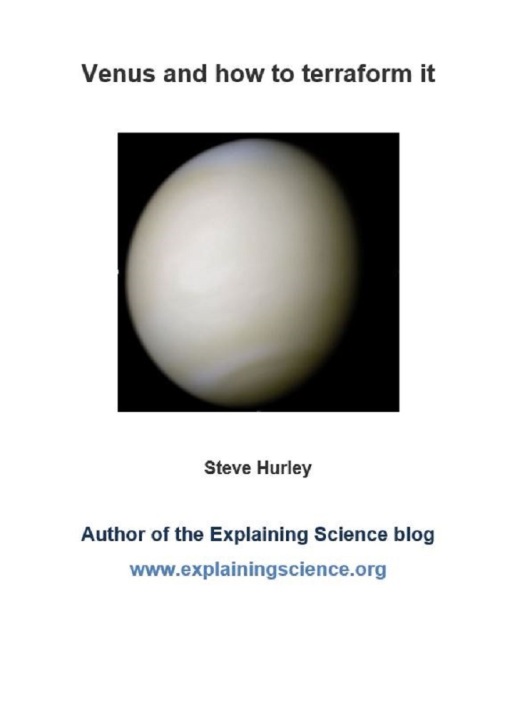 Earlier editions of the book were simply called ‘Venus’ and for those of you who’ve  not yet read it.  here’s a brief synopsis of the book.

The planet Venus is our nearest neighbour, the planet closest to the Earth in size and internal composition, and the brightest natural  object in the sky after the Sun and the Moon. Often called Earth’s sister planet , Venus is a mysterious object whose secrets were not unlocked until the 1960s.

The first chapter focuses on how Venus appears from Earth. The 584-day cycle where Venus goes through a full set of phases, like the Moon, is explained in detail. The fact that Venus’s phases can only be explained by a heliocentric theory and not the geocentric theory, something which was very important to the development of astronomy, is discussed.

I then talk about the early depiction of Venus in 1950s science fiction as a world on which exotic life forms could survive. However, exploration of Venus by spacecraft discovered  a harsh hostile world, where the surface temperature is nearly five hundred degrees Celsius and the atmospheric pressure is a crushing 92 times that of Earth. Despite this,  I argue later in the book that it is possible to terraform the planet to make it more Earth-like and it is possible in the far-future that we may decide to do so.

I  discuss the ‘transit of Venus’, an astronomical event in which Venus appears to cross the surface of the Sun. Observations of the transit of Venus were critical to the development of astronomy in the seventeenth and eighteenth centuries.

The remainder of the book discusses what humans would need to do to live on Venus.  The idea of ‘floating cities’ is discussed and terraforming is explored in detail and how the challenges posed by such a hostile environment could be overcome. 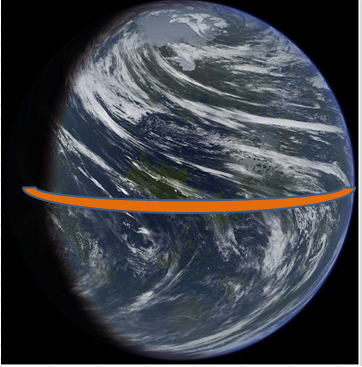