2021 will be an interesting year for human space flight. Not only is it the sixtieth anniversary of Yuri Gagarin’s historic first manned spaceflight, but it will be the first time that a privately operated spacecraft will arrive at the International Space Station (ISS).  This private spacecraft is not just a one-off but will be the first of many in a sector which is expected to grow dramatically over the next few years. The emergence of private spaceflight is at least partially due to a change in US government policy ten years ago.

In a speech in 2010, US President Obama announced the shift in the function of NASA in American human space flight:

‘By buying the services of space transportation — rather than the vehicles themselves — we can continue to ensure rigorous safety standards are met. But we will also accelerate the pace of innovations as companies — from young startups to established leaders — compete to design and build and launch new means of carrying people and materials out of our atmosphere. ….

Some have said, for instance, that this plan gives up our leadership in space by failing to produce plans within NASA to reach low Earth orbit, …. But we will actually reach space faster and more often under this new plan, in ways that will help us improve our technological capacity and lower our costs, which are both essential for the long-term sustainability of space flight.’

So, rather than build its own spacecraft to replace the Space Shuttle, NASA awarded grants to private companies to support research and development into human space flight. The programme had several phases. In the first phase five companies were awarded grants partially to fund research and development of the key technologies and capabilities that could ultimately be used in human space transportation systems. In the next phases, NASA awarded further grants to four companies to develop spacecraft that could send astronauts to the ISS after the Space Shuttle’s retirement.

After another selection process, in 2014 NASA made the final decision that the winners of the contracts for up to six crewed flights to transport astronauts to and from the ISS were:

The Dragon 2 Spacecraft – image from NASA

When the final decision was made it was anticipated that both companies would be able to launch manned missions to the ISS by 2017. This turned out to be rather over-optimistic and Boeing and SpaceX suffered numerous delays and technical hitches in their spacecrafts’ development.

In the end SpaceX were the winners when on 30 May 2020, the Dragon 2 spacecraft with Doug Hurley and Bob Behnken aboard became the first American spacecraft to carry astronauts into orbit since the retirement of the Space Shuttle in 2011. A second Dragon 2 mission was launched on 15 November 2020 carrying four astronauts for a six-month mission.  Three further Dragon 2 missions are planned this year to the ISS. 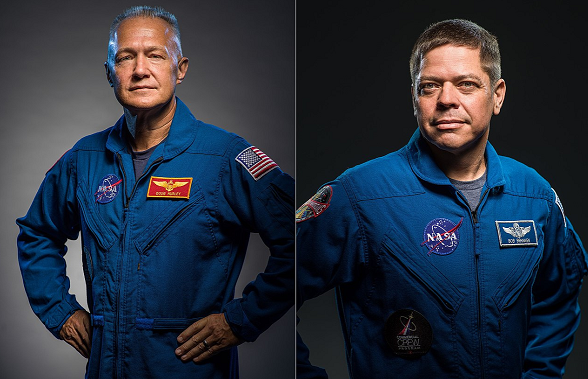 Things have not been as successful for Boeing. In December 2019  the CST-100 was launched on an uncrewed test flight, which was supposed to dock with the ISS. However, due to an error in the spacecraft’s clock, the engine fired at the wrong time. It was placed into an incorrect orbit and so was unable to dock with the station. Boeing agreed to repeat this test flight at their own expense and according to a report in Spaceflight Now they have taken a hit of $400 million. This second test flight was scheduled to take place in 2020, but numerous software errors were also uncovered which needed to be rectified. It is now scheduled for 29 March and only if it is successful will a  CST-100 crewed spaceflight take place.

The contract terms are that both companies will charge NASA around $60 million for each astronaut on a flight to the ISS. This is slightly cheaper than the amount it used to pay the Russian space agency, for a seat on Soyuz.  The real boost is that rather than the money going to the Russian space agency, it will go to American companies, boosting American high technology industries and creating American jobs.

Once they have fulfilled their contractual commitments to NASA, both companies will be free to sell additional spare capacity to space tourists willing to spend around $60 million for a flight into orbit. Even at this extremely high price tag there is a high demand among the super-rich.  In fact, between 2001 and 2009 seven individuals paid up to $40 million for a trip into orbit on a Soyuz rocket.  After 2009 space tourism was halted because the Russians had no spare capacity; with the ending of the Space Shuttle programme all available seats on Soyuz were used to take astronauts to and from the ISS.

The first private spaceflight on a Dragon 2 Spacecraft will launch on October 21 2021, it is organised by a company called Axiom Space and will carry a crew of four: Michael López-Alegría – ex-NASA astronaut employed by Axiom, Eytan Stibbe – an Israeli businessman, actor Tom Cruise and Film director Doug Liman.

Cruise and Liman will be working on a film which will be partially shot on the ISS. At the time of writing, it has no title and the plot details are a tightly-kept secret. However, the fact that it will be the first adventure film shot in space should make it a box office attraction! It will certainly raise the profile of the ISS and human space flight in general.

Over the next few years SpaceX and Boeing have plans for more private spaceflights and other companies are developing spacecraft capable of human space flight. Perhaps the most noteworthy is the Sierra Nevada Corporation who are developing a re-usable spacecraft called Dream Chaser, which looks a little like the now-retired Space Shuttle 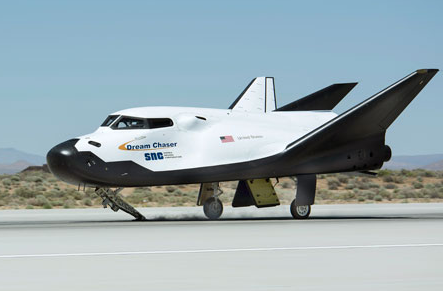 In March 2019 American Vice President Mike Pence surprised many people when he announced an extremely ambitious plan to put American astronauts on the Moon in 2024 . NASA has named its new crewed Moon programme Artemis, after Apollo’s sister in Greek mythology. 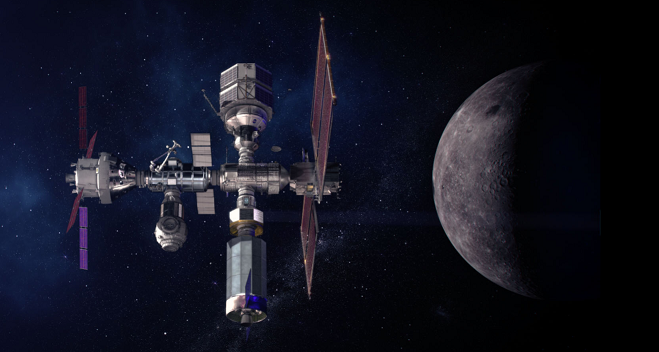 It will be interesting to see if these very ambitious timescales will be met.

The 18 astronauts selected for the Artemis programme. From this pool two will be selected to be the first humans to set foot on the Moon since 1972.

The White House (2010) Remarks by the president on space exploration in the 21st century, Available at: https://www.nasa.gov/news/media/trans/obama_ksc_trans.html(Accessed: 1 January 2021).