In the early hours of Sunday 31 October the clocks go back an hour throughout most of Europe and daylight saving time (DST) comes to an end. In this post I’ll talk about the practice of putting the clocks backwards and forwards and why this may be coming to an end 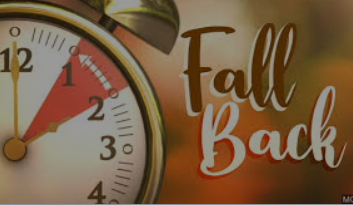 The beginning of DST

The first place in the world to practise DST was the town of Port Arthur, Ontario. In 1908, a local businessman, John Hewitson petitioned the town council to adjust the clocks one hour forward in the summer months so the locals could enjoy an extra hour of summer sun. The council agreed and the town turned its clocks ahead one hour from June to September.

DST became established in Europe and North America during the first world war. Two of the Central Powers (Germany and Austria-Hungary) adopted it in April 1916 followed by many European countries later that year. The US adopted it in 1918. The main justification for its use was that by having an extra hour of daylight in the evening, it reduced the need for energy in the stretched wartime economies. 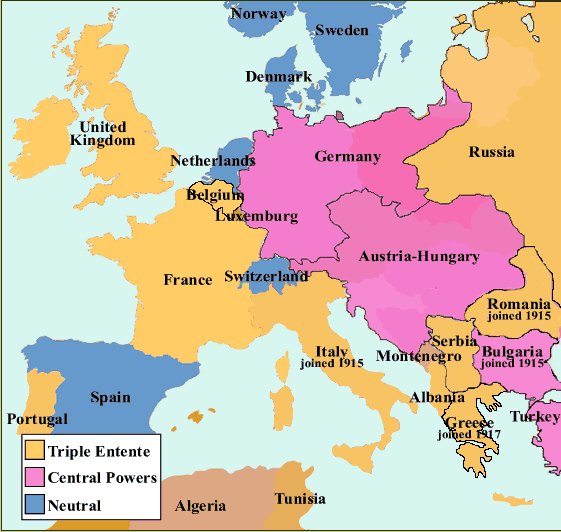 Supporters of DST claims it reduces energy usage for heating and lighting. Although this may have been true in the past, this benefit is now debatable. Modern light-bulbs are very energy efficient and,  in many Southern states of the US, DST causes energy consumption to rise because it is slightly warmer in the evening – increasing the energy used on air conditioning.

The Decline of DST

Despite some of its proposed advantages, only one billion people live in a place which observes DST. In the map below the countries are coloured as follows. 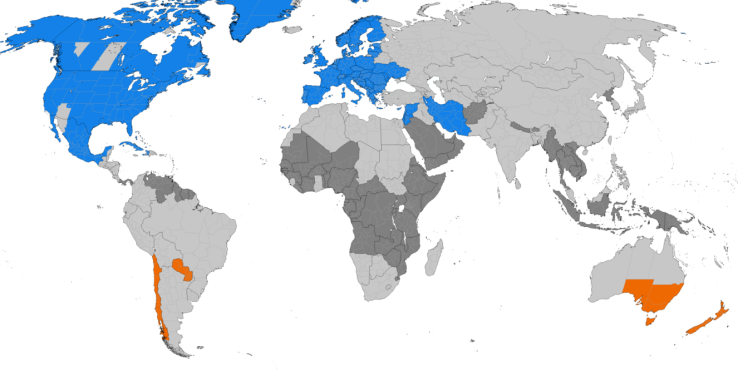 One disadvantage of DST is that the twice yearly clock shifts are disruptive to sleep patterns and need to be manually applied in many clocks, watches and some central heating timers. On the day of the change there can be disturbance to plans and people can arrive an hour late or early for appointments.

For example, if we consider Chile and New York, For five months of the year Chile is on the same time as New York.  For roughly four and a half months Chile is two hours ahead and at other times one hour ahead. A recipe for confusion!

Recently, a number of countries have abolished the twice-yearly clock changes.

In 2011 Russia switched to permanent summer time. This was announced amid research claiming that changing the clocks  caused Russians ‘stress and illness’.  However, many Russians didn’t like very dark mornings in  winter  caused by having the clocks permanently advanced. For example, in Moscow, the sun didn’t rise until 9:57 AM on the date of the winter solstice. So, in 2014 Russia switched to permanent winter time to bring the civil time more in step with the solar time. Belarus, which has close political and economic ties with Russia also stopped the twice-yearly clock changes in 2011, but unlike Russia remains on permanent summer time (UTC+3).

Other populous countries which have recently abolished DST include:

Attempt to abandon  DST in the EU 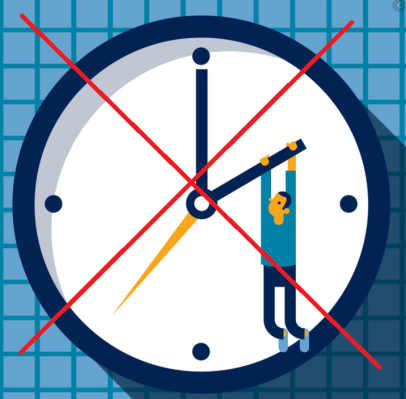 On March 26, 2019, the European Parliament voted in favour of backing the EU Committee draft directive to stop the one-hour clock change in the European Union. This was widely reported in the press at the time e.g. https://www.bbc.co.uk/news/world-europe-47704345 and was supposed to be implemented in 2021. It followed an EU-wide public consultation in 2018 which showed 84% of respondents wanting to scrap the biannual clock changes.  However, the public consultation was poorly publicised and I, like the vast majority of UK citizens, was unaware it was taking place. In fact I have yet to meet anyone who aware of the consultation!

In total only 4.6 million people (less than 1% of EU population) expressed an opinion.  If the proposal had been adopted each country in the EU would have to have decided whether to remain on permanent summer time or permanent winter time. However, it needs the agreement of the EU member states and I suspect it won’t be implemented for some time

One  stumbling block was that the  abolition of DST is opposed by most people in the Republic of Ireland. Shortly after the announcement the Irish government said they would oppose the change.  The Irish objection is because the UK (which includes Northern Ireland) has no plans to abolish the twice-yearly clock changes. This would mean that, regardless of whether Ireland opted to remain on permanent winter time or permanent summer time, Northern Ireland and the Republic of Ireland would be on different time zones for approximately half the year. To many in Ireland this is unacceptable.

The Future of DST in the USA.

At present the US has no plan to abolish DST. Although individual states are allowed to opt out and remain on permanent winter time. At the moment, Hawaii and Arizona are the only states which do so.  Interestingly, states are not permitted to remain on permanent year-round summer time. In 2014 a poll of around 1000 American adults found that only a minority (33%) were in favour of the clock changes, 48% were against and the remainder unsure.

However, at the moment, there is no strong nationwide push to abolish DST

DST in the Future

DST is falling out of use and now out of the 7.8 billion people in the world only one billion live in area where it is observed. If the EU does eventually abolish DST, this figure will reduce to half a billion. I think that it is very likely that in the next twenty years DST will fall into disuse throughout the world. Perhaps, in fifty years time, people will look back on DST as an arcane activity practiced in the twentieth and early twenty-first century.