As a child I was fascinated by the idea of people from Earth encountering alien lifeforms. I was an avid watcher of Star Trek and the British science fiction TV shows Dr Who and Blake’s 7.  I am not alone in my fascination – the idea of humans making contact with intelligent aliens from other planets has intrigued people for hundred of years and has been taken up by huge numbers of writers and film-makers. Films such as the Star Trek series, Star Wars, Close Encounters of the Third Kind, Alien and E.T. have been great successes at the box office. 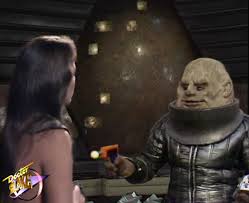 An alien from the BBC TV drama Dr Who?

The Earth is one of eight planets which orbit the Sun. The Sun is an ordinary star among the 100 billion or so stars in our Milky Way galaxy.  The Milky Way itself is an average-size galaxy. To me one of the most fascinating questions is this: how likely is it that there are other intelligent civilizations within our galaxy ? 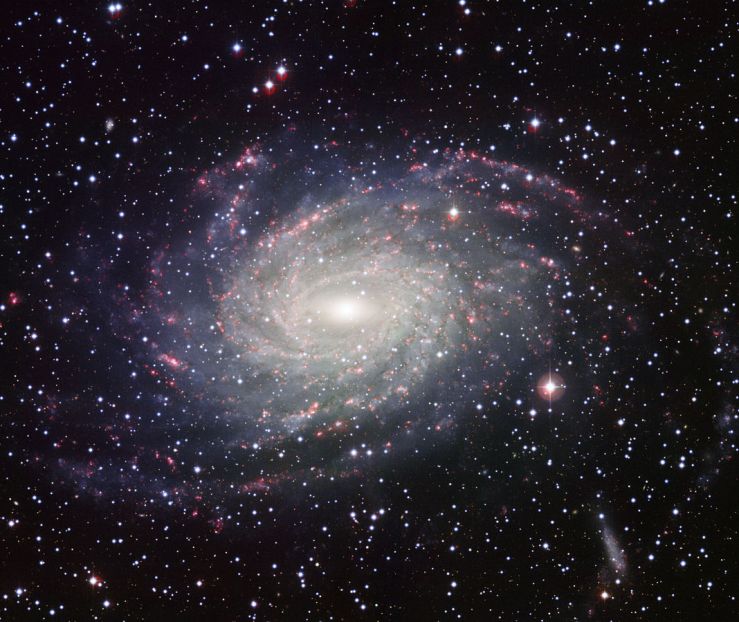 The Milky Way- Image from ESO

Our galaxy the Milky Way. The picture above shows what our galaxy would look like if we were to look at it face on from  a distance of hundreds of thousands of light years away. See notes at the end of the post for what is meant by a light year.

Drake’s Equation and the seven numbers

Frank Drake (1930-) is an American astronomer who is known as the ‘father of SETI’ – the Search for Extra Terrestrial Intelligence. In 1960, he was the first person to search for radio signal from aliens. 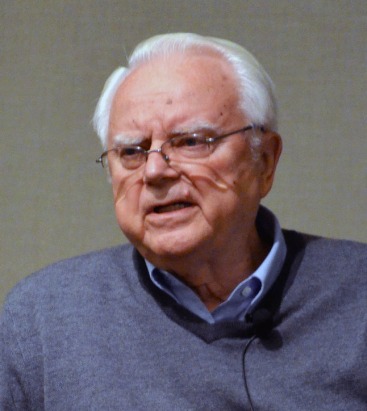 In 1961 he invented an equation to estimate the number of intelligent civilizations within our galaxy that we could communicate with, which he gave the symbol N.  To arrive at N,  Drake multiplied together seven other numbers. 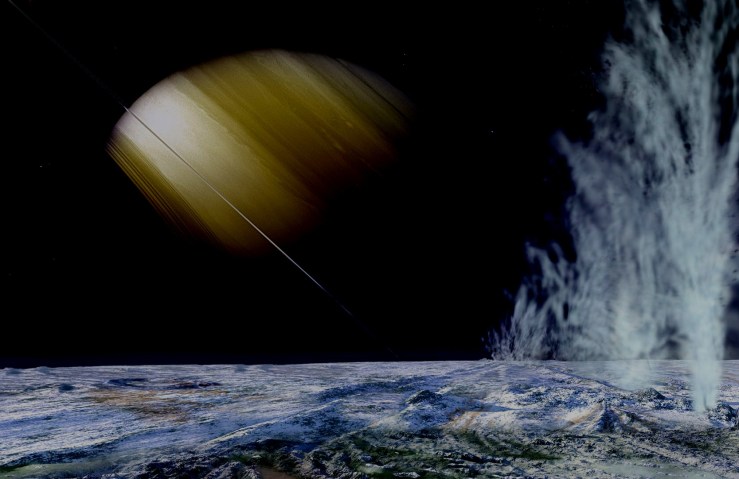 A geyser of warm water erupting from an underground ocean on Enceladus. Image from NASA

which works out as 40 million intelligent communicating civilisations in our galaxy!

One of the problems with such a large number is that we would expect a significant fraction of civilisations to be more advanced than us. Humans have only been civilised for a few thousand years and have already travelled into space.  If a civilisation had been around for more than 1 million years, for example, it is likely that they would have developed the ability to travel the vast distances to other planetary systems and would have already attempted to make contact with us. The fact that they haven’t may mean that civilisations much more advanced than us are rare.

Indeed for over fifty years, since the pioneering work of Drake in 1960, astronomers have been looking for radio signals from nearby civilisations over a wide range of radio frequencies and have failed to find anything.

Could we be alone ?

Other astronomers believe that some of the values in the Drake equation are very low. There are a large number of steps which occurred between the emergence of the first primitive single-celled life forms and the evolution of man. Each of the individual steps may have a very low probability. So FI the probability of life evolving into intelligent civilisations would be extremely small. For most of the Earth’s lifetime there were only single-celled organisms and perhaps on most planets where there is life, it never gets beyond this point.

Another point is that mammals only become became the dominant lifeform after the extinction of the dinosaurs 65 millions years ago. Before that large small-brained reptiles were the dominant life form. Having greater intelligence does not always give an advantage over other traits such as size, speed and physical strength in the survival of the fittest.  There is therefore no guarantee that evolution will result in life forms with the intelligence necessary to develop civilisations.

In addition, dramatic events such as sudden changes in climate can cause any species to become extinct. Roughly 70,000 years ago, an enormous eruption occurred in what is now Sumatra, leaving behind Lake Toba. This triggered a major environmental change which caused the near extinction of the human race. At one stage there were only 2000 individual humans alive on the planet.

Lake Toba, site of a supervolcano eruption 70,000 years ago – Image from Wikimedia Commons

For these reasons, some scientists, such as the British theoretical physicist and popular science writer John Barrow, believe that FI could be around 0.000000001 or even lower. If it were this low, and we take the low end values for for the other parameters, then the expected number of intelligent communicating civilizations in the galaxy would be 0.000016. What this means that if we took 60,000 galaxies similar to our own Milky Way we would on average expect to find only one communicating civilisation. Ourselves!

If this is the case then the Earth would not be just be an ordinary planet orbiting an ordinary star in an ordinary galaxy, it would be a very special place indeed, for it would be the only place for tens of millions of light years where intelligent life exists.

I hope you have enjoyed reading this.  In my next post, I’ll be talking about the work which has been done so far to search for extraterrestrial intelligence.

4 thoughts on “Is There Anyone Out There ?”