I am sure that many of you will be aware of the discovery announced in February this year of seven Earth-sized planets orbiting a small cool star known as Trappist-1. (Gillon et al 2017). In this post I’ll talk about this exciting finding and the possibility that some of these planets might support life.

The planet around the star were discovered and named by a team from the University of Liege in Belgium, using a telescope which is itself called TRAPPIST – the TRAnsiting Planets and PlanetesImals Small Telescope (TRAPPIST) in Chile. 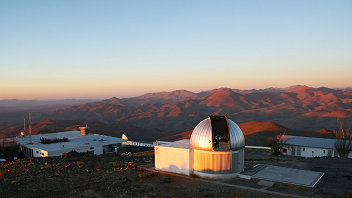 The team discovered the planets through their study of the way the light from Trappist-1 varies over time. Planets other than those in our solar system are known as exoplanets, and all exoplanets are much too faint to be seen directly from Earth.  However,  as shown in the diagram below, as a exoplanet passes in front of a star the brightness of the star dims because some of its light is blocked from reaching the Earth.

The interval between each time that the star is at its faintest is the same as the period of time it takes for the planet to orbit the star. 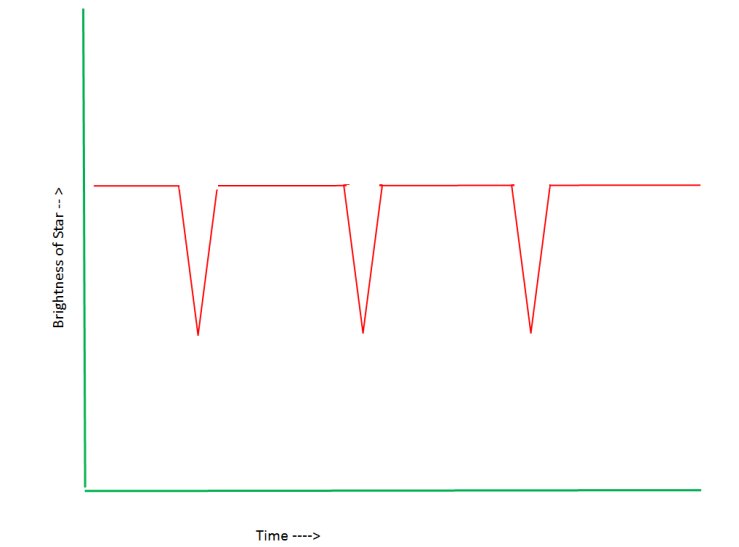 The observations of the light from Trappist-1 are shown in the diagram below.  This shows that its brightness periodically falls due to its light being blocked by seven orbiting planets, which are labelled 1b to 1h.  The planet 1b is closest to the star and has the shortest period and 1h is the furthest away and has the longest period.  Julia, my talented proofreader and dearest companion, wonders what happened to planet 1a, but I’m afraid I have no idea.

When the distances were estimated, three of the planets, 1e, 1f and 1g , turned out to be within the “habitable zone” meaning that they are at such a distance from the star that the temperatures are likely to be similar to those found on Earth. This exciting finding, coupled with the fact that all three of these planets are a similar size to the Earth, led to speculation that one or more of these planets might support life and perhaps even that intelligent life could have evolved.

The Trappist-1  system – Image from NASA.

The diagram above shows the Trappist-1 system. Underneath each planet  there are four numbers:

Life around a red dwarf?

Trappist-1 is a very different star to the Sun. It is a small compact star known as a red dwarf.  It is only 11% of the diameter and 8% of the mass of the Sun.  If Trappist-1 consumed its nuclear fuel at the same rate as the Sun, it would be  8% as bright as the Sun (because it is 8% of the mass of of the Sun). However it burns at a much lower rate and is only 0.05% as bright as the Sun. This slow burning means that it will shine for a long time. The predicted lifetime of Trappist-1 is around 10 trillion years, one thousand times longer than the Sun.

Because Trappist-1 is such a cool dim star compared to the Sun, the habitable zone is very close to the star. It lies in the region roughly 0.025 to 0.05 AU from it. For comparison,  Mercury, the innermost planet in our solar system, lies 0.4 AU from the Sun. When a planet orbits so close to a star it will become what astronomers call tidally locked. This means that one side of the planet always faces the star and the side other always faces away, in the same way that one side of the Moon faces the Earth and the other faces away. 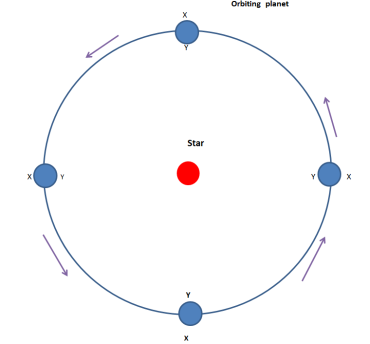 These huge temperature differentials across the planet would be likely to cause extreme weather conditions with very strong winds. Although this might not be a barrier to small simple lifeforms, like single celled organisms, it would be difficult for larger organisms to live on the planet’s surface.

There are other factors which make the evolution of larger life forms more difficult. One is the star’s variability. Unlike the Sun, whose brightness is fairly constant,  the amount of energy emitted by red dwarfs rises or falls by as much as 50% over short timescales. This could cause huge swings in temperature which would obviously present challenges to larger and more complicated life forms.

Like all red dwarfs, Trappist 1 has a much lower surface temperature than the Sun. It is only 2,300 degrees C, compared to the Sun’s 5,500 degrees C. This lower temperature means that most of its energy is emitted as infrared radiation, rather than visible light. 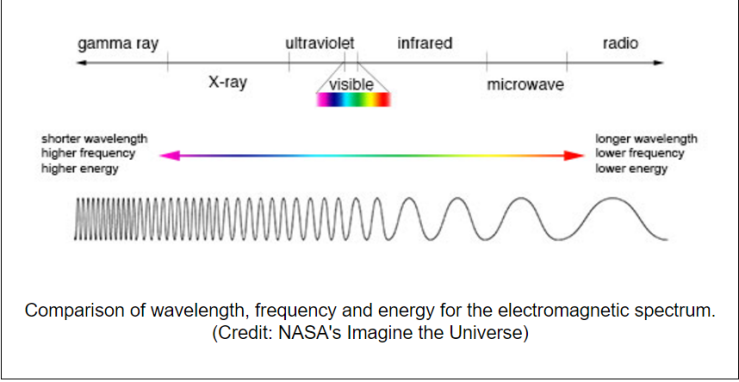 This has practical effects to the evolution of life. As you may recall from high school biology, on Earth plants contain a pigment called chlorophyll.  This is used in photosynthesis, in which the energy in visible light is used to convert carbon dioxide and water into sugars and starches, at the same time releasing oxygen. Photosynthesis is largely responsible for producing and maintaining the oxygen content of the Earth’s atmosphere, and supplies all of the organic compounds and most of the energy necessary for life on Earth. 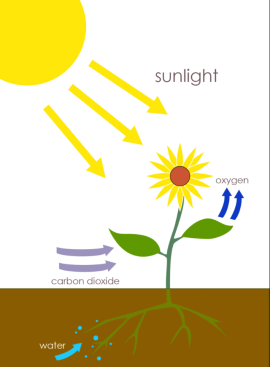 On Trappist-1 plant life would have to use a different chemical other than chlorophyll for photosynthesis. This chemical would be  sensitive to infrared rather than visible light. Similarly if any animal-like creatures existed they would have evolved eyes to see in infrared and might  be unable to see in visible light, in the same way that our eyes cannot see in ultraviolet.

Could there be intelligent civilisation around red dwarf stars?

There  are clearly significant challenges to advanced life evolving in planets around red dwarfs, even if the planets are Earth-like. However, there is one thing in their favour. Red dwarf are by far the most common type of stars, making up roughly 80% of the stars in the galaxy. Only 5% of stars in the galaxies are the same type as the Sun, which astronomers call a “spectral class G” star. In fact in 100 billion years time when all the larger stars have burnt their nuclear fuel, the slow burning red dwarfs will be the only type of stars left.

I will talk more about the possibilities of life around red dwarfs in my next post.

Strictly speaking, it is not true that one side of the planet is always dark and the other always in daylight. This is only correct if the planet moves in a perfectly circular orbit around Trappist 1.

If it orbits in an elliptical, or oval-shaped, orbit, then for a small region of the planet around the boundary between the always in daylight and always night sides,  the sun would drop just below the horizon and appear shortly afterwards, giving a day and night cycle.