With the recent discovery of three planets orbiting the red dwarf star Trappist-1 which have a similar size, mass and average surface temperature as the Earth, there has been considerable speculation as to whether one or more of these planets supports life.

What the surface of Trappist 1f, one of the planets orbiting Trappist 1, might look like – Image from NASA

Although there are challenges to complex lifetime forms  evolving on a planet around a red dwarf – which I discussed in a previous post – red dwarfs are the most common type of star in our galaxy. In this post I’ll discuss the likelihood that life has evolved in other places within our galaxy, including on planets around red dwarfs.

Frank Drake (1930-) is an American astronomer who is known as the ‘father of SETI’ – the Search for Extra Terrestrial Intelligence. Beginning in 1960, he was the first person to search for radio signals from aliens.

In 1961 he invented an equation to estimate the number of intelligent civilizations within our galaxy with whom we could potentially communicate, to which he gave the symbol N.  This equation, which is known as the Drake equation, consists of seven numbers multiplied together:

As I’ll explain below, some of these numbers are known to a reasonable accuracy, whereas others are not well known and astronomers differ widely their views of what the values should be.

The Trappist-1 system – image from NASA

A geyser of warm water erupting from an underground ocean on Enceladus. Image from NASA

which works out as 80 million intelligent communicating civilisations in our galaxy!

One of the problems with such a large number is that we would expect a significant fraction of civilisations to be more advanced than us. Humans have only been civilised for a few thousand years and have already travelled into space.  If a civilisation had been around for more than 1 million years, for example, it is likely that they would have developed the ability to travel the vast distances to other planetary systems and would have already attempted to make contact with us. The fact that they haven’t may mean that civilisations much more advanced than us are rare.

It is also possible (although in my opinion extremely unlikely) that intelligent civilisations do exist and have been observing our planet for a long period of time. They deliberately do not contact us to avoid interfering with our development although they may decide to reveal themselves to us when we reach a certain level of development. This is known as the zoo hypothesis and has appeared in many science fiction stories. 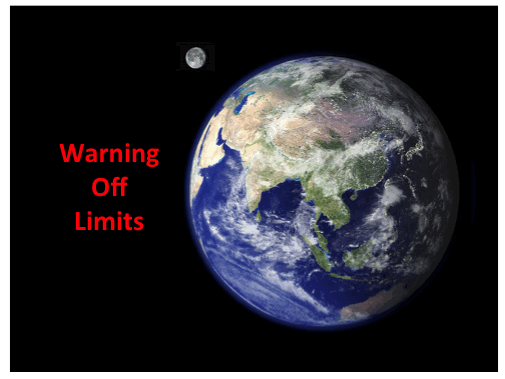 What is clear is that for nearly 60 years, since the pioneering work of Drake in 1960, astronomers have been looking for radio signals from nearby civilisations over a wide range of radio frequencies and have failed to find anything.

Could we be alone ?

Other astronomers believe that some of the values in the Drake equation are very low. There are a large number of steps which occurred between the emergence of the first primitive single-celled life forms and the evolution of man. Each of the individual steps may have a very low probability. So FI the probability of life evolving into intelligent civilisations would be extremely small. For most of the Earth’s lifetime there were only single-celled organisms and, perhaps on most places where life emerges, it never gets beyond this point.

Another point is that mammals only become became the dominant life form after the extinction of the dinosaurs 65 millions years ago. Before that large small-brained reptiles were the dominant life form. Having greater intelligence does not always give an advantage over other traits such as size, speed and physical strength in the survival of the fittest.  There is therefore no guarantee that evolution will result in life forms with the intelligence necessary to develop civilisations.

In addition, dramatic events such as sudden changes in climate can cause any species to become extinct. Roughly 70,000 years ago, an enormous eruption occurred in what is now Sumatra, leaving behind Lake Toba. This triggered a major environmental change which caused the near extinction of the human race.  Humanity could have easily disappeared at this point. Although this has been recently disputed (BBC 2010).

Lake Toba, site of a supervolcano eruption 70,000 years ago – Image from Wikimedia Commons

For these reasons some scientists, such as the British theoretical physicist and popular science writer John Barrow, believe that FI could be around 0.000000001 or even lower. If it were this low, and we take the low end values for for the other parameters, then the expected number of intelligent communicating civilizations in the galaxy would be 0.000016. What this means that if we took 60,000 galaxies similar to our own Milky Way we would on average expect to find only one communicating civilisation. Ourselves!

If this is the case then the Earth would not be just be an ordinary planet orbiting an ordinary star in an ordinary galaxy.  It would be a very special place indeed, for it would be the only place for tens of millions of light years where intelligent life exists.

1 The Earth was formed about 4.6 billion year ago, and at first its temperature was thousands of degrees – far too hot for life to exist.  The first life forms appeared relatively early in the Earth’s history, when it was less than 1 billion years old when conditions became cool enough for life to exist.  This might seem to indicate that, if conditions are right, then life will evolve relatively quickly. Indicating that, perhaps, FL is close to 1.