Hello and welcome to the first post from the Science Geek. I intend to write  a weekly blog about various topics of interest, which will cover all aspects of science. The articles will be aimed at the non scientist and won’t require any previous scientific knowledge. I hope you enjoy reading them and please feel free to comment.

My first posts will deal with the subject of life within the Solar System, which in astronomical terms is our own backyard.

Throughout most of the twentieth century many scientists thought that there could be life on Mars. Indeed the famous American astronomer Percival Lowell (1855-1916) claimed to have seen through his telescope  a large network of canals built by an intelligent civilization  and even produced maps of the Martian canal network. These  canals certainly provided great material for science fiction writers but they were probably all due to Lowell’s imagination! 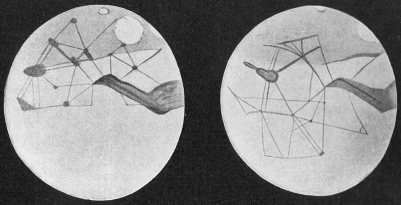 Hopes of life were dealt a big blow in the 1960s when the American and Soviet space probes showed that Mars is a very dry, cold, hostile world.

Most biologists believe that liquid water is needed for life to emerge and prosper. The atmospheric pressure on Mars was discovered to be less than 1% of the pressure of the Earth’s atmosphere, which is far too low to allow liquid water to exist. Unlike the Earth, Mars does not have a significant magnetic field to protect the surface of the planet from deadly radiation. Therefore it is very unlikely that life could exist on the surface of Mars although primitive life forms could exist within rocks.

Another Candidate for Life

However in the last ten years another place where life could exist has emerged. It is one of Saturn’s moons called Enceladus. It might at first sight to be an odd candidate. It is nearly ten times further away from the sun than the Earth. At this distance the Sun’s energy is so weak that the surface temperature is on average -200 degrees celsius. In addition it is very small, only 500 km in diameter, which is only 14% of the diameter of the Earth’s own moon.  Because it is so small, the mass of Enceladus is so low that the surface gravity is only 1.1 per cent of the Earth’s gravity. So, on the surface of  Enceladus a 12 stone (168 pound) astronaut would weigh only two pounds.

The weak gravity means that Enceladus should be unable to hold onto any form of atmosphere. Any gases should escape into space. It also has no magnetic field to shield its surface from lethal radiation. So it safe to assume that it is impossible for life to exist on the surface of Enceladus.

However, recent flybys of the NASA Cassini space probe yielded  surprising results. It found a thin atmosphere containing over 90 per cent water vapour together with trace amounts of nitrogen, carbon dioxide and methane. This atmosphere is thought to emanate from the volcanoes spotted by Cassini which pump large amounts of water vapour and other gases onto the surface of Enceladus, replenishing the gases which continually escape to space. In the same way, volcanoes on Earth sit over pockets of molten magma deep underground. The volcanoes on Enceladus, known as cryovolcanoes because they are so cold, form over pockets of water.

Indeed many scientists strongly believe that for billions of years there have been warm underground oceans under the surface of Enceladus which contain the basic chemicals such as methane, formaldehyde, ammonia and carbon dioxide which are needed to form the more complex chemicals which are building blocks for the evolution of life.

However this does not mean that we expect to see fish swimming in these underground oceans! What is more likely is that, given water, an underground heat source and  the raw chemicals, something more akin to single celled creatures and bacteria have evolved on Enceladus. Why I think this is case, I shall say in my next post.

Update August  2019: The blog is now called Explaining Science and content has been moved across to the new domain http://www.explainingscience.org

3 thoughts on “Enceladus -Could there be life?”