As stated in my previous post NASA’s Cassini probe  has shown that Saturn’s moon Enceladus not only has an thin atmosphere, but that volcanoes of water are erupting from its surface into space. Even more remarkable  has been its  discovery, that these volcanoes  contain the raw chemicals which are the building blocks for life.

The question which really fascinates me is  – What sort of life could have evolved on Enceladus ?

Before we answer this it is worth thinking about the Earth,which  is the only place in the Universe where we know 100% for definite life has evolved !

What stages did life go through while evolving on Earth ?

The Earth formed around 4.6 billion years ago.  It is generally accepted that life originated  in the sea and later moved onto land. Some rough timescales of the evolution of life on Earth are given below.

As you can see, although life evolved on Earth fairly rapidly  for most of  its existence the Earth had only very simple life forms.

What sort of life could exist on Enceladus ?

I think that given that

it is highly likely that life has evolved there.

However, a more exciting possibility is that much more sophisticated life form have evolved in the dark underground oceans. Given the length of time over which evolution could have worked, complex life forms could exist, perhaps preying on simpler life forms.  There  could be very strange creatures indeed! 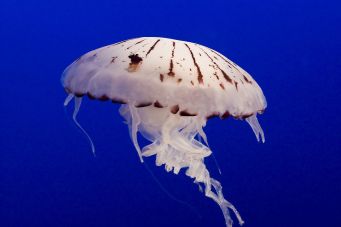 Hopefully within the not too distant future we will be able to visit this strange little world and find out more. I will talk more in my next post about possible missions to Enceladus.

4 thoughts on “Enceladus what kind of life ?”