In 1967 Jocelyn Bell, a 24-year-old student from Cambridge University, was doing the research for her PhD. 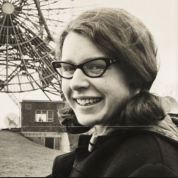 She was using a radio telescope to study radio waves emitted from compact astronomical objects known as quasars, and when she analysed the data she had collected, she noticed a signal which appeared to pulse on and off every 1.3 seconds. After doing this continuously for about an hour, the pulsing signal would stop altogether, but it would start again precisely 23 hours 56 minutes later after it had first started. As Jocelyn Bell – and indeed all astronomers – knew, the Earth rotates on its axis once every 23 hours 56 minutes, a period of time called a ‘sidereal day’, and the fact that the pulsating signal was detected at the same time in each sidereal day meant that it must almost certainly be coming from space rather than being man-made. The diagram below shows how the radio telescope can only pick up the signal when the pulsing object is in its field of vision. 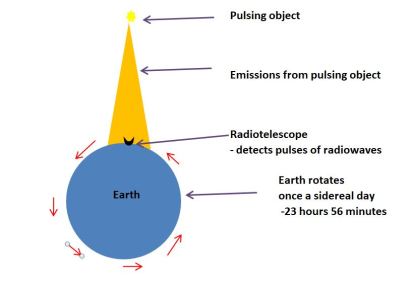 Not only was the time interval between each pulse very short at only 1.3  seconds, but this time interval was completely constant and didn’t vary to any significant degree.  The fact that the pulses were very short in duration and so regular meant that whatever was emitting the pulses must be extremely small in astronomical terms.  A larger object – something, for example, the size of the Sun – would not be able to generate such precise pulses. For a while Bell and her PhD supervisor Antony Hewish considered the possibility that the mysterious signals were generated by a signaling beacon left by an alien civilisation. For this reason, they briefly nicknamed  the unknown object ‘Little Green Men-1’. However, this explanation was rejected when it became clear that the pulses contained no information and when they also discovered additional pulsing sources in other parts of the sky.

The origin of the mysterious signals turned out to be a hitherto unknown class of astronomical objects, known as neutron stars. Neutron stars are very small, typically around 20 km in diameter, but have an enormous mass – between 1.1 and 3 times the mass of the Sun.  Having such a large mass squeezed into a small volume means that their density (mass divided by volume) is incredibly high.  A cubic centimetre of neutron star material would weigh about 500 million tons. They are called neutron stars because they consist mainly of neutrons, which are subatomic particles found in the nucleus of ordinary atoms. In a neutron star the neutrons are so tightly squeezed together that they are touching each other. Neutron stars also have very strong magnetic fields – around 1 trillion times stronger than the Earth’s.

Neutron stars which rotate extremely rapidly, around once a second, are known as pulsars, and these are the objects which Bell and Hewish had detected. This rotation causes electrically charged particles around the neutron star to move rapidly in the intense magnetic fields. This causes electromagnetic radiation (such as radio waves) to be emitted in two cone-shaped beams along the magnetic North and South poles of the pulsar, shown as B in the diagram below. 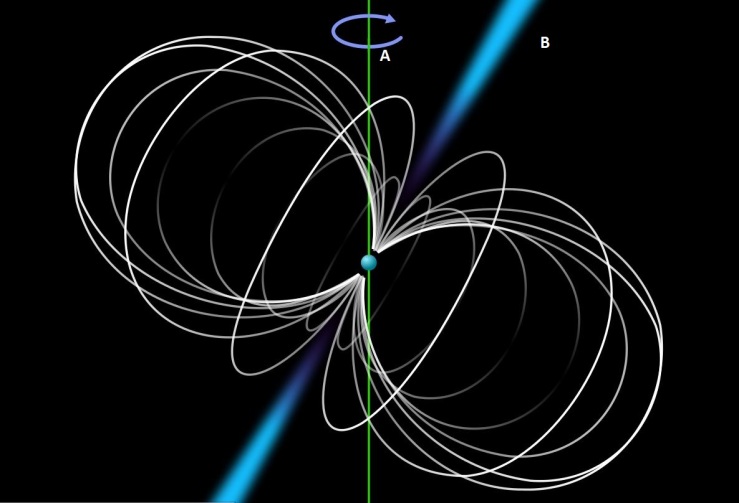 In the diagram above A is the axis around which the pulsar rotates and B is the magnetic axis.

As you can see, the magnetic poles are at an angle to the line through the North and South poles of the pulsar about which it rotates. This means that the cone-shaped beams will rotate around the axis of the pulsar and only when either of the beams is pointing directly at the Earth will it be detected. A pulsar behaves like a lighthouse – the light is on all the time but appears to a viewer to switch on when it is pointing towards them and switch off when it is pointing away. 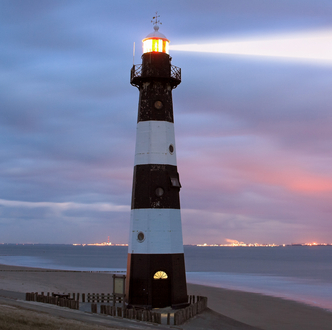 Neutron stars are formed when a large massive star explodes at the end of its life in a violent event known as a supernova. Most of the outer parts of the star are blown out into space by the force of the explosion. The remaining material in the star’s core collapses, forming a neutron star.  In fact, if the remaining material from the star’s core is more than three times the mass of the Sun, a neutron star won’t be formed at all.  Instead, an even more compact object called a black hole will result.

Large stars with a diameter of tens of millions of kilometres rotate relative slowly, taking around one year to complete one rotation. As the star collapses into a small massive object, millions of times smaller in diameter, a law of physics called the conservation of angular momentum causes its rotation to speed up massively.  A much more familiar example of this is from the world of ice skating: ice skaters spin more rapidly when they pull in their arms. 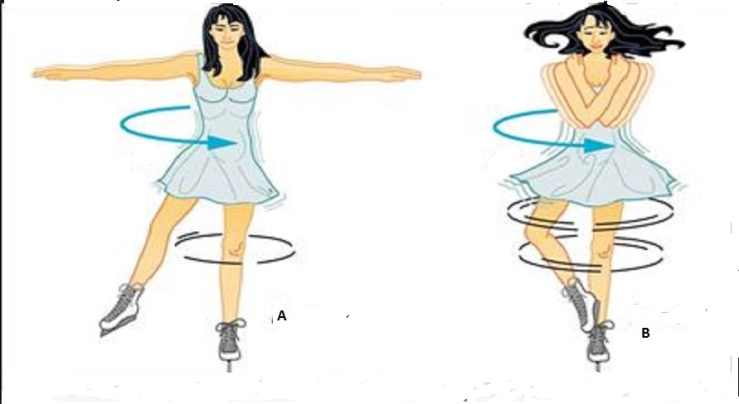 Why this knowledge has been useful to astronomy

In the last 50 years more than 2000 pulsars have been detected. Understanding the properties of pulsars has led to further discoveries in various areas.  For example, it has led to greater understanding of the diffuse gas between stars known as the interstellar medium, and it has also been used to test Einstein’s theory of general relativity. I will discuss these advances in more detail in future posts.

Knowledge of pulsars was also used in a very interesting way in the 1970s.  Four spacecraft were launched, destined to the leave the Solar system and head out into interstellar space. The missions are described in more detail in my previous post Artefacts from Earth.  On each spacecraft there was a diagram devised by the American astronomer, Frank Drake (1930-), consisting of a circle with 15 lines coming out of it. 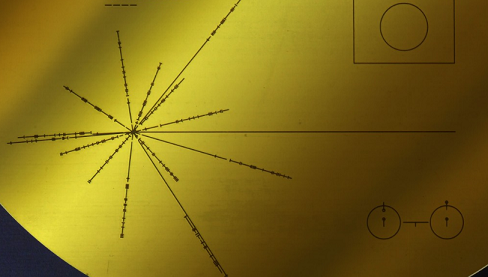 The diagram relies on the fact that each pulsar has its own distinct period between pulses. So if, in the far distant future, an alien civilisation were to recover the spacecraft they would be able to identify the pulsars from their periods.  To enable this, each of the lines depicts the length of the pulsar’s period not in seconds (which as a man-made unit would be meaningless to an alien race) but in multiples of a ‘fundamental time unit’ that an alien might understand.  The alien civilisation could then have sufficient information to identify the fourteen pulsars and the distance of the Sun from each pulsar, and thus work out the location of our Solar system within the galaxy.

Jocelyn Bell and Antony Hewish published their results in February 1968 (Hewish et al 1968). The discovery of this entirely new type of astronomical object was a major advance. Interestingly, it had been suggested as long ago as 1934 by the astronomers Baade and Zwicky that neutron stars would be the end result of supernova explosions. However, this prediction was ignored. Before 1967 most astronomers regarded neutron stars as hypothetical objects which might or might not actually exist in reality.

Such was the impact of the discovery that it led to the Nobel prize for physics in 1974. Two astronomers were awarded the prize – but Jocelyn Bell was not one of them. Antony Hewish and Martin Ryle were the recipients, the former for the discovery of pulsars and the latter for his work in radio astronomy.  Jocelyn Bell’s contribution was not recognised. 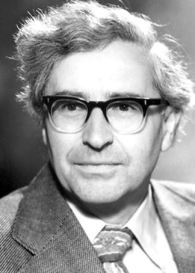 Many at the time felt that Jocelyn Bell should have been given at least a share in the prize, since she was the person who had initially spotted the signal from the first pulsar. The British astronomer Fred Hoyle (who readers of a previous post may recall was a founder of the steady state theory of the origin of the Universe) was particularly vocal on the issue and stated publicly many times that Bell should have been given a major share of the prize to acknowledge her contribution. Bell herself said very little about the controversy in the years immediately afterwards. The few statements she made were, in general, supportive of the Nobel prize committee’s decision. In the 1960’s and 1970’s it was commonplace for the senior person leading a team of scientific researchers to get the credit for a major discovery on behalf of the entire team. This is largely still true today.

Bell went on to have a successful academic career and always has been a passionate advocate for getting women more involved in science. From 2002 to 2004 she served as the president of the Royal Astronomical Society, the organisation for British Astronomers. She was the first ever woman to hold that role.  She later served as the first ever female president of the Institute of Physics. In 2006, nearly 40 years after the discovery, she said in an  interview:

In those days, it was believed that science was done, driven by great men . . . And that these men had a fleet of minions under them who did their every bidding, and did not think. It also came at the stage where I had a small child and I was struggling with how to find proper childminding, combine a career, and before it was acceptable for women to work. And so I think at one level it said to me ‘Well men win prizes and young women look after babies.’

Postscript: a different kind of pulsar discovered only last year

Stars such as the Sun do not end their lives in violent supernova explosions resulting in neutron stars. Instead, when they have used up all their nuclear fuel, the outer layers of the star are blown away into space and form a bright glowing shell of gas called a planetary nebula, shown below. 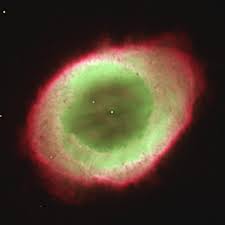 The remnants of the star’s core collapse into a dense hot star called a white dwarf, an object which is roughly the same size as the Earth.  For the last 50 years astronomers have predicted that some white dwarfs might also form pulsars, although because white dwarfs are much larger and rotate more slowly than neutron stars, the radiation would be much weaker than neutrons star pulsars, making them harder to detect and the pulses would be much longer.  This prediction was finally confirmed in 2016 when a team led by Tom Marsh from Warwick University discovered that the white dwarf star AR Scorpii was a pulsar with a period of about 2 minutes.