Today it is generally accepted as a scientific fact that the Earth is one of eight planets which revolve around the Sun, that the Sun is one of 400 billion or so stars in our Milky Way galaxy and that the Milky Way is one of hundreds of billions of galaxies in the observable Universe. 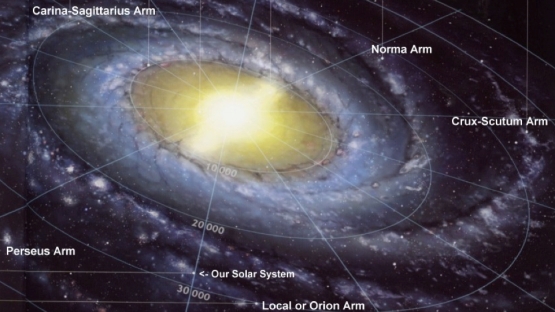 Location of our Solar System in the Milky Way galaxy

However, for most of human history a geocentric model was the standard explanation of the cosmos. In this model the Earth is the the centre of the Universe and all the planets and stars revolve around it. Although it has been long superseded, this model could actually still be used to predict the motion of the Sun, Moon and the planets to a reasonable accuracy.

The basis of the geocentric model

Anyone watching the sky over a period of time will notice that the Sun rises in the east, is at its highest in the sky at midday and the sets in the west. The Moon and the stars also rise in the east, get higher in the sky and set in the west. It  was perfectly natural for ancient astronomers to assume a geocentric model in which the Earth doesn’t itself rotate but that the Sun, Moon and stars are all rotating around it. After all, people on the Earth do not actually feel that it is rotating.

Ancient astronomers noticed that the time at which a given star rises wasn’t the same but was roughly 4 minutes earlier each day and that virtually all of the thousands of stars in the sky didn’t move with respect to each other but were fixed. So, they put them together in structures called constellations.

Five of the brightest stars weren’t fixed but moved around a narrow band of sky which known as the zodiac. These five objects: Mercury, Venus, Mars, Jupiter and Saturn became known as the wandering stars or planets. (The outermost two planets Uranus and Neptune were only discovered in the last 250 years)

The name most associated with the geocentric model  is the ancient Greek astronomer Claudius Ptolemy. He lived in Alexandra, Egypt in the second century CE, although no one knows the exact dates of his birth and death. Ptolemy didn’t invent the geocentric model – no single astronomer did.  Ptolemy’s contribution was to refine the model which had been built up by Greek astronomers over the previous centuries,  so that it could accurately predict the positions of the stars and planets.

To simplify the diagram, only the sphere of fixed stars, the Sun’s and Mars’s spheres are shown.

To a viewer in the northern hemisphere, the sphere of fixed stars rotated anticlockwise around a point in the sky directly above the North pole, known as the North celestial pole, once every 23 hours 56 minutes (see note 1).

The diagram below shows a two dimensional slice through the model with the Sun, Moon and all the planets shown.

The uneven motions of the planets

If you observe how a planet moves over a period of time you will notice that it does not move at a steady rate. At times it will move more slowly against the background of stars, stop altogether,  move in the opposite direction, stop again and then continue moving in the original  direction.  The reason for this is shown for one of the planets, Mars, in the diagram below.

As you can see from the diagram, the Earth is closer to the Sun than Mars, and moves faster in its orbit. At point 3, the Earth approaches Mars; to an observer on the Earth, between points 3 and 5 Mars will appear to change direction and move in a reverse direction against the background of stars. When it reaches point 5 the Earth is receding from Mars and so Mars will continue in its normal direction.

In the geocentric model the apparent uneven speed and change of direction of the planets’ motion was explained by introducing a concept known as an epicycle.

Epicycles and deferents – for simplicity only Mars is shown

Rather than than revolve directly round the Earth, a planet moves at constant speed in a small circle called an epicycle. The centre of the planet’s epicycle, marked with an ‘x in the diagram above, moves in a circular path around a larger circle called a deferent. For each planet the Earth lies at the centre of its deferent. At times the planet will be moving in the same direction as the orbital motion of the deferent and other times it will moving in the opposite direction. This will make the motion of the planet appear to be uneven – in keeping with the observations taken by the ancient astronomers.

Making the model work for Mercury and Venus

Mercury and Venus differ from the other planets in that, to an observer on the Earth, they never stray too far away from the Sun and, to viewers at low latitudes  they can only be seen for a few hours after sunset or a few hours before sunrise. For this reason they were known by the Greek astronomers as the  inferior planets. The superior planets (Mars, Jupiter and Saturn) were not tied to the position of the Sun and at certain times were visible in the middle of the night.

The real reason why Venus and Mercury always appear in the same part of the sky as the Sun is that their orbits lie inside the Earth’s orbit. This is shown in the diagram below.

Venus cannot appear more than 46 degrees away from the Sun.  The green line shows the limits of Venus’s apparent position from the Sun.

In the geocentric model this was explained by locking the Mercury and Venus’s motion to that of the Sun. The centres of their epicycles took exactly 1 year to orbit the Earth and were always in a direct line between the Earth and the Sun. This is shown in the diagram below.

As Venus moves around the Earth the centre of its epicycle always lies on the red line between the Earth and the centre of the Sun’s epicycle. This ‘locks’ the position of Venus to the Sun so that, to an observer on Earth. it cannot appear too far from the Sun. Mercury is locked in a similar manner.

The geocentric model which I’ve described so far had been developed by astronomers in the centuries before Ptolemy, although very little of the early astronomers’ original writings survive. Ptolemy’s contribution was to make two further modifications to make it more accurately fit observations of stars and planets. The first one I’ll describe is to deal with a phenomenon known as the ‘precession of the equinoxes’.  Even though the telescope hadn’t been invented, Greek astronomers had been taking precise observations of stars and measuring their positions for hundreds of years. Although the stars appeared fixed with respect to each other, over hundreds of years the alignment of the entire celestial sphere was slowly moving with respect to the Earth.

An effect of the precession of the equinoxes is that the pole star gradually changes. Today the bright star Polaris in the constellation Ursa Minor (the Little Bear) lies near the celestial North pole and all the other stars appear to rotate around it. In Ptolemy’s time another star in Ursa Minor, β Ursae Minoris, was the pole star and in about 13,000 years time the bright star Vega will lie close to the celestial North pole.

Ptolemy explained procession of the equinoxes by giving the celestial sphere an additional very slow rotation once every 26,000 years about a different axis in addition to its daily rotation around the Earth’s North-South axis.

Ptolemy had to make one more adjustment to the model to allow it to fit historic observations of the stars and planets and thus be able to accurately predict their future positions. Even when epicycles were added, the position of the planets was not where the model predicted they would be. The motion of the planets was still uneven compared to the background stars. The reason for this is that the planets move around the Sun  in elliptical (oval-shaped) orbits and the speed of a planet is fastest when it is closer to the Sun (see note 2). This is shown in an exaggerated form in the diagram below. In reality none of the planets’ orbits are actually this elliptical.

However Ptolemy, like all other Greek astronomers before him, believed that the all the planets’ deferents and epicycles must be perfect circles. This was for philosophical reasons, as the heavens were the epitome of perfection and the circle was seen as a perfect shape. So what he had to do was to modify the geocentric theory in a way summarised in the diagram below.

The uneven speed was such that for each planet there was a point called the equant, at which the deferent would appear to move with a constant speed. A further complexity was that distance between the Earth, the equant and the eccentric varied for each planet.

So, strictly speaking, Ptolemy’s theory wasn’t truly geocentric, because the planets didn’t orbit the Earth, but each of their deferents orbited a hypothetical point called its eccentric which was offset from from Earth and was different for each planet. However, the theory fitted the observations quite well and it was possible to work out the past and the future position of the stars and planets using it. In around 150 CE Ptolemy published his theory in a book called ‘The Almagest’, which over the succeeding centuries was translated into many languages including Arabic and Latin and became the most influential astronomy textbook for the next 1500 years. 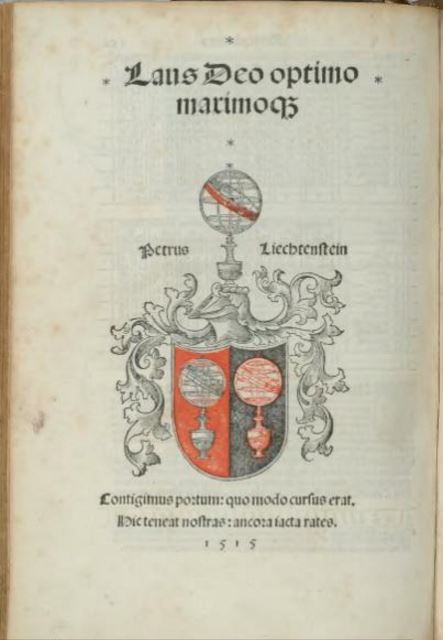 . To view it, please click on the link below

(1) To a viewer In the southern hemisphere, the sphere of stars wold appear to to rotate clockwise around a point in the sky directly above the South pole.