Today I want to give the scientific explanation for something we all love to see (especially if, like me, you live in a place as rainy as Manchester, England) – the blue sky.  I will also discuss the colour of the skies on the Moon and Mars, two places where spacecraft have landed and taken photographs of their surfaces and skies.

A very rare event. A blue sky over our back garden!

The nature of light

You may remember from your high school science lessons that light is a form of electromagnetic wave.

The diagram above shows a wave of light. The blue lines show the strength of the electric field. See note 1.  The wavelength is the distance between successive peaks, marked as A in the diagram, or successive troughs, marked as B in the diagram.  The wavelengths are so small that they are usually measured in nanometres (normally abbreviated to nm). 1 nm is equal to one billionth of a metre. The human eye is sensitive to light with wavelengths in the range of 380 nm to 750 nm and we see different wavelengths of light as different colours.

As shown in the diagram the eyes sees wavelengths of

In the late nineteenth century the British physicist Lord Rayleigh (1842-1919) explained a phenomenon which is now called Rayleigh scattering. 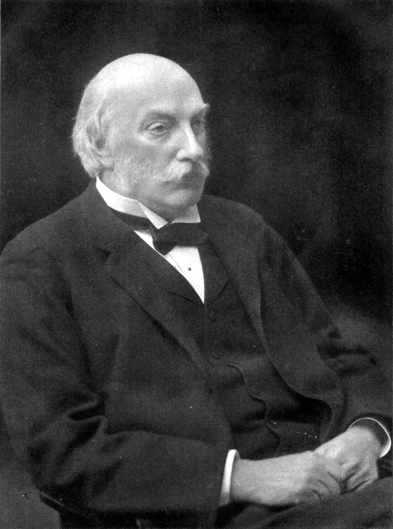 Rayleigh was able to show that when a beam of  light, such as that from the Sun, passes through the air then a small amount of the light is scattered in all directions when it interacts with the individual molecules in the atmosphere. This is shown in the diagram below. See note 2.

Furthermore, he was able to show that the fraction of the energy in a beam of light which is scattered depends on two things:

This explains why the sky is blue. The blue sky we see is the blue light from the Sun which is re-emitted by the air molecules in all directions by Rayleigh scattering. One other thing that the diagram shows is that violet light has a shorter wavelength than blue and it is scattered even more. However, the Earth’s sky is  not violet. This is because the strength of the  Sun’s light isn’t the the same at all wavelengths. It contains relatively little violet light compared to blue. So, although violet light is scattered more in percentage terms than blue light, there is less violet light to scatter.

One other effect of scattering is that it makes the colour of the Sun to an observer on Earth appear to be yellow-orange, rather than white. Although the balance of the colours is such that the Sun’s light is white as it leaves the Sun’s surface, when it encounters the atmosphere scattering removes from direct sunlight a greater amount of the shorter wavelengths (violet, blue and green) than the longer wavelengths (yellow, orange and red) and the resulting mix of colours appears to be yellow rather than white. Interestingly, when astronauts view the Sun from space well above the Earth’s atmosphere it appears to be white.

Near sunrise and sunset, when the Sun is at a low angle in the sky, just above the horizon, the Sun’s rays have to pass through many hundred of kilometres of atmosphere before hitting the Earth’s surface. Because the Sun’s rays pass through much more atmosphere, the degree of scattering is much greater than when the Sun is higher in the sky at midday.

As shown in the table below, virtually all the shorter and medium wavelengths of light, (blue, green and yellow coloured light) are removed from the Sun’s rays, leaving only the longer wavelengths (orange and red). This explains why the Sun appears red near sunrise and sunset.

The sky on the Moon

The Moon has no atmosphere.  Therefore there is no Rayleigh scattering of sunlight and the sky appears completely black during the day. The Sun appears to be whiter in colour because the shorter wavelengths are not removed from its light as they are on Earth.

One interesting effect of  having no atmosphere is that the Apollo astronauts who walked on the Moon found it very difficult to judge how far away objects were. On Earth, the atmosphere causes distant objects look slightly hazy, but this is not the case on the Moon. For example, astronauts were unable to estimate whether what appeared to be a hill was a small object  100 m high only 1 km away or a 2 km mountain 20 km away.

The sky on Mars

Mars has a very thin atmosphere. The air pressure on Mars is only 0.7% of that on Earth. There is far too little atmosphere for Rayleigh scattering to be an important effect. Indeed before the first space probes landed on Mars back in 1976 many space scientists expected that the sky on Mars would be  black. In fact the sky on Mars is a pale reddish brown colour. This is due to small particles of reddish brown iron oxide dust suspended in the Martian atmosphere.

The surface of Mars – Image from NASA