Watching the Sun set below the horizon and the sky gradually get darker and darker is an almost magical experience.  Twilight is that period of the day when the sky is not completely dark, and it can be used to describe the period either just after sunset, or just before sunrise.  It is valued by photographers because of the the soft lighting and lack of shadows. You will undoubtedly know that animals who are most active at night are called nocturnal, but did you know that there are many animals which have evolved good vision at low light levels and are active at twilight – and that they are said to be crepuscular?  This crepuscular behaviour is displayed by many members of the cat family including jaguars and ocelots as well as domestic cats. All these animals take advantage of the low lights level to hunt. 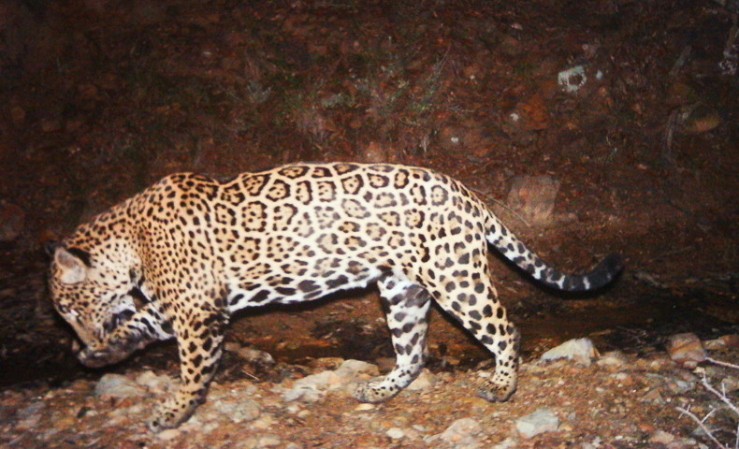 Twilight is caused by light from the Sun being scattered by the Earth’s atmosphere after the Sun has set (or before it has risen in the morning). If we look at the diagram above, it shows the Sun’s rays at sunset (shown as A) illuminating a point on the Earth’s surface marked with a small green “x”.  After the Sun has set (B), the Sun’s rays cannot reach x directly because the Sun is below the horizon. However, they can still reach the upper atmosphere high above the Earth’s surface. When the Sun’s rays hit the very thin air in the upper atmosphere, most of them pass through. However a small percentage of the rays interact with air molecules. When this happens the air molecules scatter sunlight in all directions giving the sky a faint glow. The mechanism for this is described in more detail in a previous post Why is the Sky Blue? As the Sun moves further below the horizon its rays can only reach the very uppermost reaches of the atmosphere, shown as C in the diagram. Here the air is very very thin and so the percentage of the Sun’s light scattered by the atmosphere is very small, so the sky glow gets much much fainter. As the sky gets darker and darker twilight gradually fades into darkness.

The  three stages stages of twilight

Civil twilight is the first stage of twilight and occurs in the evening from when the Sun sets until when it appears to be 6 degrees below the horizon (or from when it is 6 degrees below the horizon until sunrise in the morning). During civil twilight, although the Sun has set (or not yet risen), there is a lot of scattering of sunlight by the the atmosphere. So the sky appears bright, particularly if it is a clear evening or morning with no clouds and there is enough light to do most outdoor activities. Toward the end of civil twilight the sky is just dark enough to see the brightest stars if you look in the opposite direction from where the Sun has set (or is due to rise).

The concept of civil twilight has its place in UK law. The Road Vehicle Lighting Regulations 1989 introduced the term “hours of darkness”, defined as the period from 30 minutes after sunset to 30 minutes before sunrise, and during this time drivers must use their headlights. During the thirty minutes preceding and following these hours of darkness, drivers must at least use their sidelights, and these two time periods roughly correspond to civil twilight (HM Nautical Almanac Office 2016). 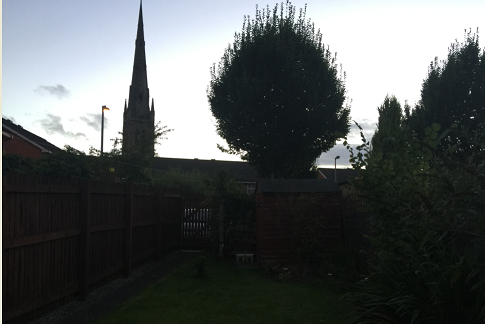 Photo taken in civil twilight about 15 minutes after sunset. The camera was pointing in a westerly direction.

Nautical twilight occurs when the Sun is between 6 and 12 degrees below the horizon and the sky appears dark, although there are traces of light if you look in the direction that the Sun has set or is about to rise from. During nautical twilight, if the sky is clear, all the brightest stars can been seen and sailors can navigate by them. Artificial lighting is needed to do outdoor activities. 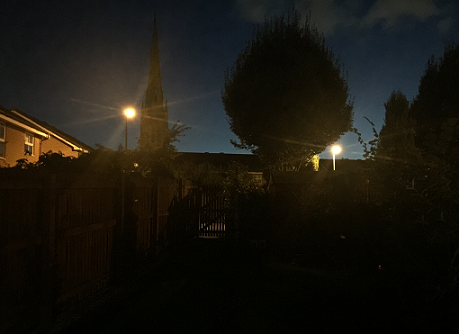 Photo taken in nautical twilight about 45 minutes after sunset.

During astronomical twilight the sky appears quite dark. If the night is clear it will be possible to see hundred of stars. However, some of the Sun’s rays will catch the uppermost traces of the Earth’s atmosphere. A very small amount of this sunlight will be scattered downwards, giving the sky a very faint glow. This means that during astronomical twilight, because the sky is not completely dark, it is not possible to see very faint objects such as the Milky Way galaxy and the dimmer stars. Only when the Sun sinks to 18 degrees below the horizon will its rays miss the Earth’s atmosphere altogether and the sky will be completely dark. 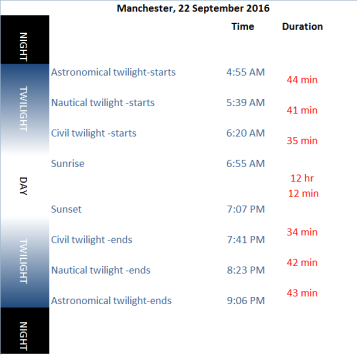 Duration of twilight at the September equinox -data from timeanddate.com

The effect of light pollution

In reality most people living in industrialised countries live close to or within cities and towns where the sky never gets completely dark at any time of night. What happens is that much of the light from the various sources, such as street-lamps, over-illuminated buildings and lights left on in shops and offices passes upwards into the sky. Here it interacts with dust particles and air molecules and is scattered in all directions. This causes an effect called sky-glow.

An observer at ground level (A) sees a dull glow in the sky due to this scattered light.

Sky-glow means than over many of the larger cities, even in the middle of the night, the sky is so bright that only the brightest stars can be seen. This is discussed in more detail in my previous post Dark Skies. 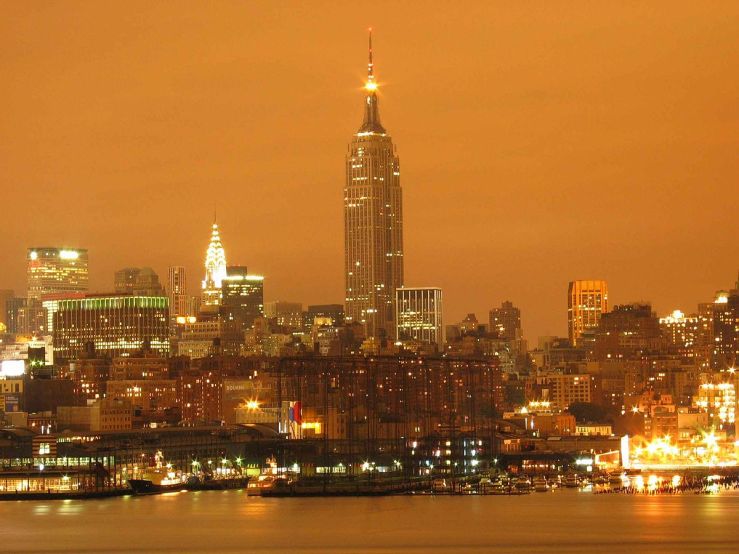 A long exposure photograph of New York at night. The orange colour of the sky is due to skyglow- Image from Wikimedia Commons

Would there be twilight on the Moon?

On Earth, twilight, like the blue colour of the sky during the day, is a result of the action of sunlight on the Earth’s atmosphere. Human visitors to Mars would also experience twilight, although the sky would be pinkish-grey, for reasons discussed here.  On the Moon, however, it is very different, because it has no atmosphere. This means that during the day when the Sun is shining the sky is black. There would also be no twilight, but what would happen after sunset would depend on where on the Moon you were: 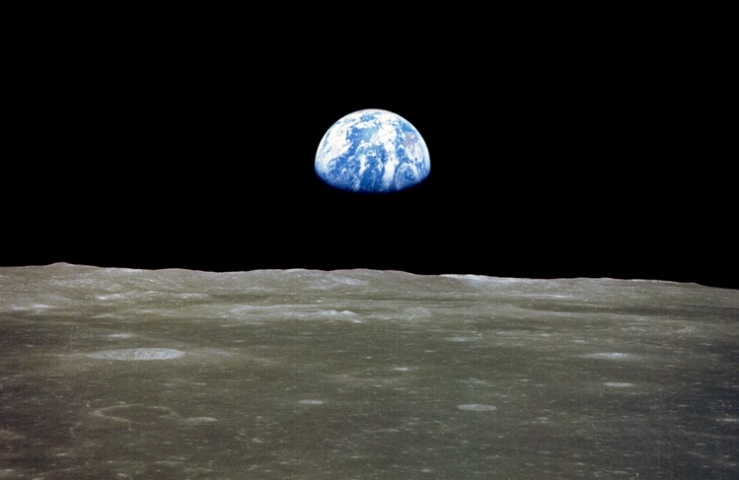